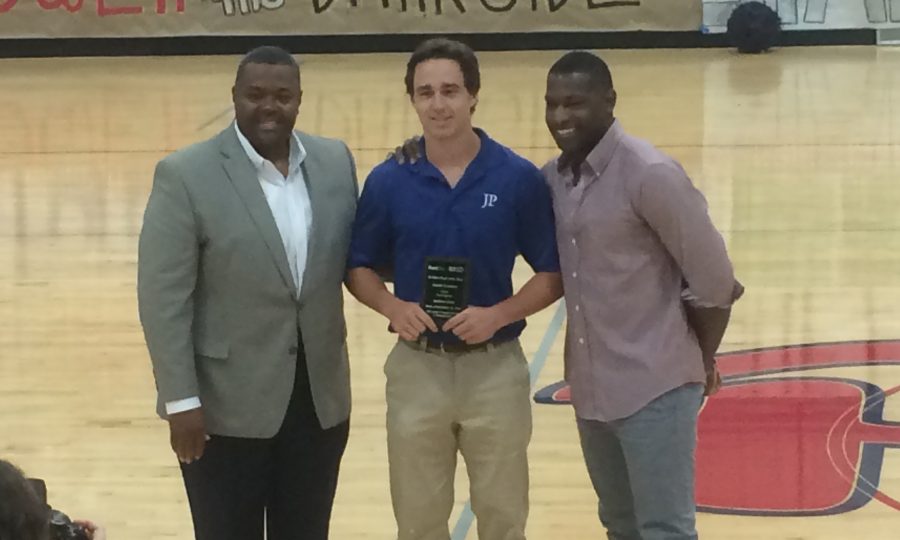 On Friday September 23rd, the Jackson Prep football team traveled to Meridian to face off against the Lamar Raiders. The team got off to a good start in the first quarter as Blitz 16 Player of the Week Jacob Crawley ran for two touchdowns.

The second quarter was dominated by Prep and the Patriots went into halftime with a 35-7 lead. The fourth quarter went by fast as the Prep cruised to a 42-7 victory. Jacob Crawley once again led the rushing attack with 142 yards and two touchdowns.

Chance Lovertitch had another great game throwing for 142 yards and two touchdowns, both to Peyton Greenwood. Jake Newsome and Spence Graves also scored touchdowns in the win.

With the win, Prep has tied the school record for most consecutive victories with 27. Prep will have a chance to break the record on Friday September 30th when they face their rivals the Jackson Academy Raiders.