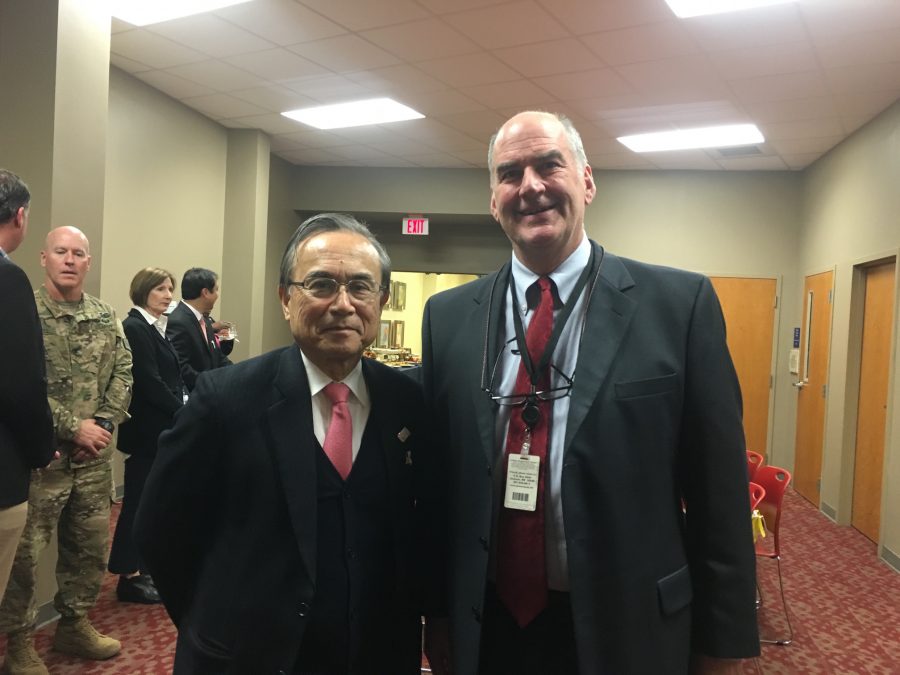 On Monday, November 14, an event designed to bring two nations together occurred at Prep. Known as “Walk in U.S., Talk on Japan,” the talk was sponsored by the council of the prime minister of Japan and had a panel of five Japanese representatives. Every man and woman on the panel was unique and had their own story to tell. Each person on the panel gave a speech on a different topic.

Among the speakers, the most prominent was Ambassador Shotaro Oshima. His main purpose was to help people understand how the energy and power industries were changing in Japan. He also spoke of Japan’s economy.

The second speaker was Mitsuko Takahashi. She works in the aviation and transportation industry and talked of her love of vehicles. To drive on the highways in Japan costs money, so many Japanese people take public transportation. She spoke of how efficient and punctual the trains always are.

Another speaker was Yasunori Nitta. Nitta is an athletic trainer for the Japanese Olympic team for the 2020 Tokyo Olympics. Students were able to speak with him before the event about the training of the Japanese Olympic team. He said that it was different for every sport, but that they were looking for young talent. He said the most popular sport in Japan is baseball, but that his favorite sport was basketball. He was interested in the basketball games at Prep and wanted to go see them after the event.

The event was well attended by members of the Japanese-American community as well as Prep leaders such as Dr. Jason Walton, Dr. Luke Nealey, and Col. William Merrell.