“Making Marks” at The Pursuit 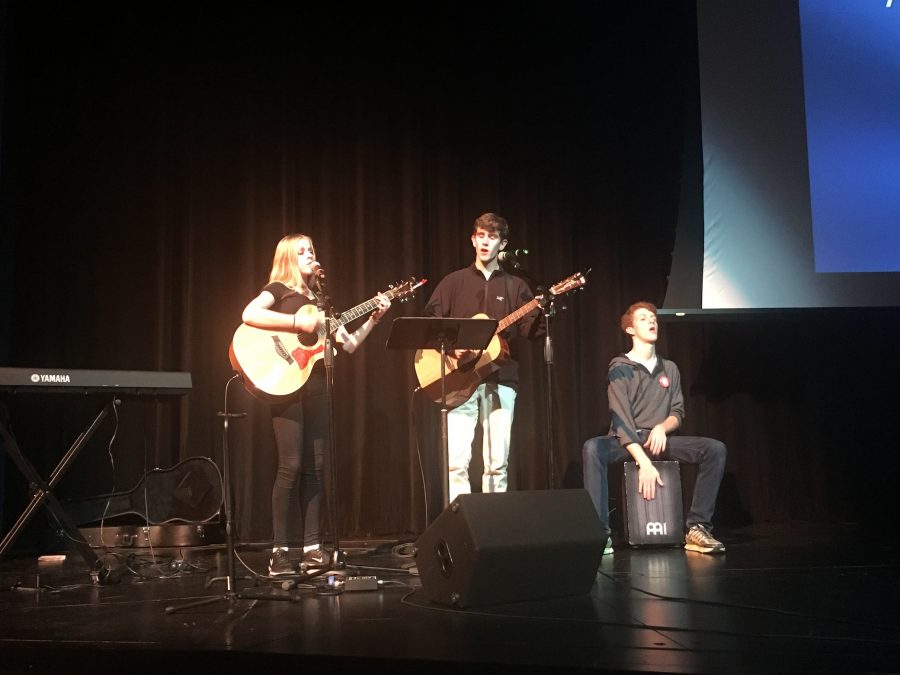 The week kicked off with donuts on Patriot Avenue on Wednesday, January 4th. Students embraced the cold for fellowship and, of course, a sugary breakfast before beginning the school day. The Pursuit met Wednesday and Thursday during activity period and directed study. Due to weather conditions, the school closed before the Pursuit on Friday, thus calling for reschedule to Monday morning.

Andrew Welch led worship, and Jason Stoker spoke to students each day, encouraging students and faculty with his story and his founding of the Reclaimed Project, which focuses on ministry in Zimbabwe, Africa and Marks, Mississippi, as well as adoption grants. On Thursday night, students were invited to Prep’s campus to receive a free Chick Fil A dinner, participate in worship, small group breakout sessions, and a “small group leader scavenger hunt.” Approximately 125 senior high students signed up to be a small group leader this year, with two or three assigned to a group of about eight younger students. Junior High students dressed in camo while Senior High small group leaders wore black clothing and hid all over patriot avenue and Fortenberry Theatre. The group to receive the most signatures was named winner. After the scavenger hunt, the students entered a time of worship led by Senior High students Beth Ann Young, Maclain Kennedy, Wesley Roberson, and Jennings Duncan .

This year, the theme of the Pursuit was “Making Marks,” and the showcased verse was 1 Timothy 4:12. This verse was inspiring to the students, reminding them to not let anyone look down upon them because of their young age, but set an example for others by their speech, conduct, love, faith, and purity. This year’s Pursuit was, as always, a wonderful school-wide experience that united students by faith.