Currently in theaters, Rogue One should be available at home in April. 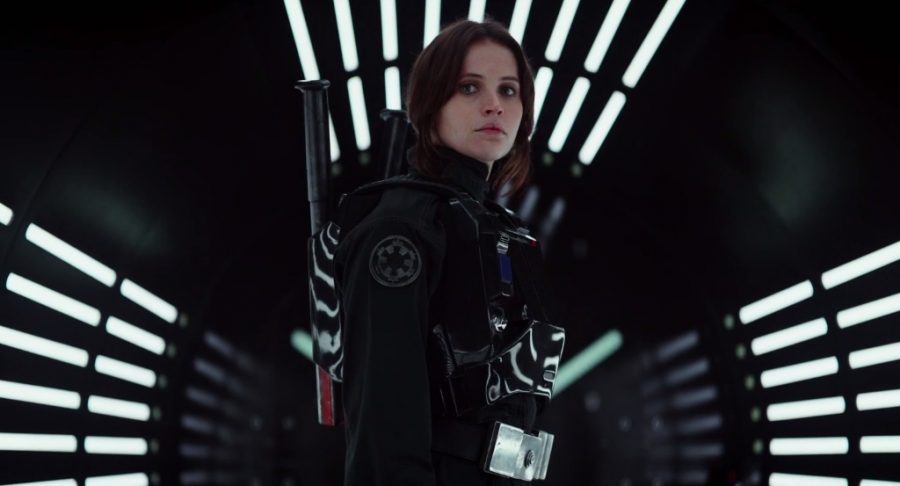 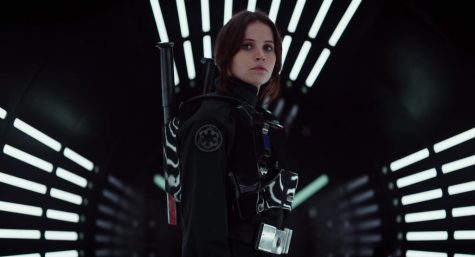 After J. J. Abrams presented fans with The Force Awakens, director Gareth Edwards took a swing at making a Star Wars film.  Released on December 16, Rogue One: A Star Wars Story made 155 million dollars on opening night, more than any other movie in 2016.

Rogue One is set in between the third and fourth episodes, explaining how the Rebels took the plans for the Death Star.  Jyn Erso, played by Felicity Jones, is a 21 year old who is running from the Empire, while also avoiding the Rebels.

However, Jyn has a run-in with the Rebels, and meets a pilot named Cassian Andor, played by Diego Luna, and K-2SO, a reprogrammed Imperial robot voice acted by Alan Tudyk.  Together, they go on a mission to rescue Jyn’s father, who is an Imperial officer and played a main part in the construction of the Death Star, but also gave the Death Star a weakness.  In an attempt to get the plans for the machine her father built, Jyn will go on one of the hardest missions ever.

I saw this movie a few weeks ago with my friends and really enjoyed it.  I thought the acting was great, and the visual effects were great except for one flaw that I kept noticing: the star destroyers looked like they were built out of legos.

Really the only thing I didn’t like was how little Saw Gerrera and Jyn’s mom were shown, because I felt that they would’ve had bigger roles based on the trailer.  But, with a Rotten Tomatoes rating of 85% I highly recommend this movie if you haven’t already seen it.