From Issue 5 (as updated) 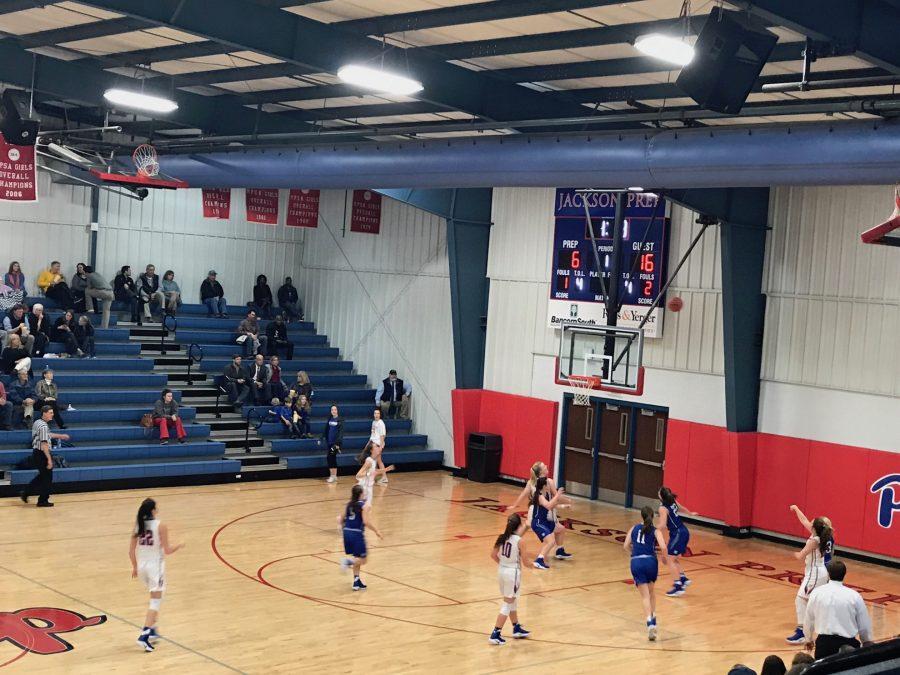 By Preston Dubberly and Tori Newsome

The girls’ basketball team’s season opener was November 1st against Adams  County Christian School. November 14th was the first home game for the Lady Patriots when they played Starkville Academy.  On February 14th, their season came to an end when they fell to Parklane in the elimination game 43-35.  Their final record was 6-24.  This is Coach McAnally’s third year to be the head coach at Jackson Prep. He said, “I’ve just enjoyed being home. I am a proud Prep alum. It’s a great privilege to serve as the head girls’ basketball coach at Jackson Prep.”  He was previously a coach at East Rankin for eight years. The assistant coach is Juanita Ward who has been at Jackson Prep for three years.

This year started off a little rockier than expected. The girls have had to learn how to work well together despite the age gap, ranging from eighth grade to twelfth grade and have had to make changes to the playbook from last year. This year has been very different from last year considering that five starters graduated.  Even though they have not won as many games as they had hoped, Coach McAnally said, “Perspective is everything and we are playing in the toughest league in our association with one senior and our leading scorer out for the season with an injury.” Kiarri Little, a junior, tore her ACL on November 8 when they defeated Central Hinds.  Even though the girls work extra hard, they go against some very difficult opponents.