Music and poetry fill the air at Earthwinds Coffeehouse 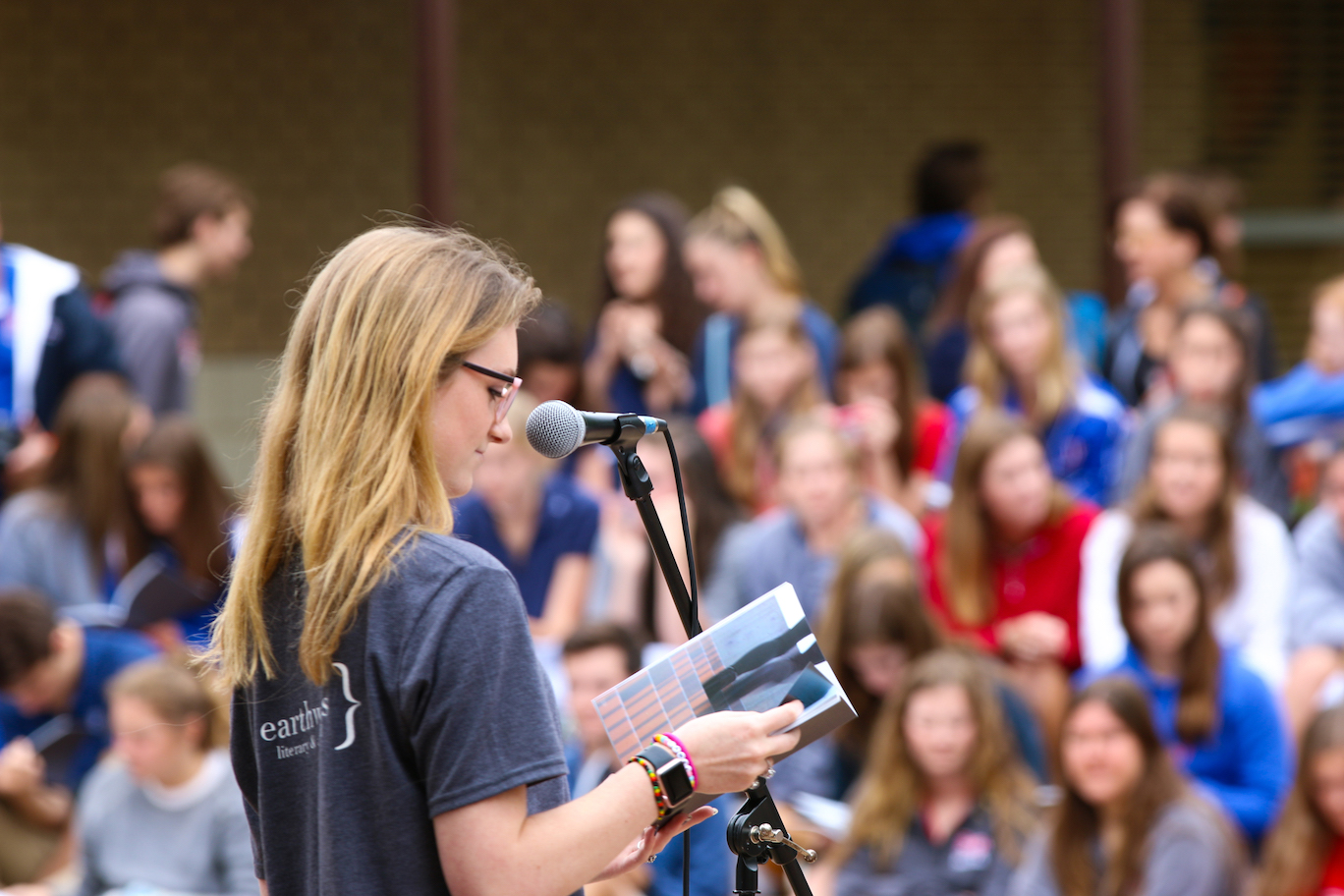 In conjunction with the release of the 46th edition of Prep’s award-winning literary magazine, Earthwinds invited the school to celebrate writing and music at their annual coffeehouse on April 27.

Earthwinds is a publication of the creative writing class taken at Prep. The staff, led by sponsor Dr. Paul Smith and editor-in-chief Brianne Powers, held an event during activity and homeroom filled with performances and poetry reading on Patriot Avenue.

Earthwinds had a great turnout with tons of students and faculty showing up to listen to the students share their talents. This event is based off of a “coffeehouse” style of performing, and includes all different types of music. It also included poetry readings from Earthwinds students themselves. Prep students from outside the Earthwinds class were able to try-out to perform at Coffeehouse. All of these artists stood up to show Prep their amazing musical and literary gifts. The lineup included: Miriam Box & Gregory Vance, Beth Ann Young & Reed Peets, Logan Gage & Nosyatina Turcal, Polly Watkins & Kelly McBride, Joseph Upton & Charlsey Rowan, Pearl Divide, and Elated Sensations.

Not only did the musical acts put on excellent performances, but students also had the option to drink Cups coffee while enjoying the music. The event also included beignets made fresh by the Prep cafeteria, and included an Instant Poetry station where students could get personal poetry written by the staff themselves. Earthwinds members also passed out their magazine and sold t-shirts.

Wesley White, a current member of Earthwinds, said, “We worked really hard on the banners for Coffeehouse and organizing this event, and I hope that everyone enjoyed it and, if not, I did, and that’s all that matters.” Wesley wasn’t the only one who enjoyed Coffeehouse as evidenced by the crowd of people with smiles on their faces.

If you happened to miss out on the performances or would like to relive them, you can check out a (formerly) live stream video on Sentry’s Facebook!