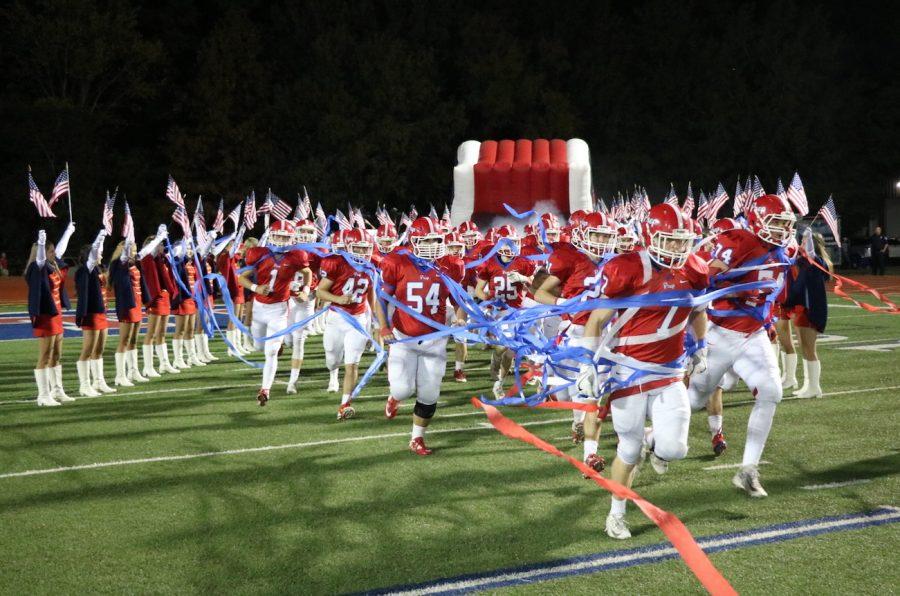 This photo encapsulates all of the preparations and that lead up to each Friday night's runout. From the players, to coaches, to fans and cheerleaders, it's a team effort leading up to each week's runout. Photo by Stewart McCullough

By Will Fletcher and Stewart McCullough

After a strong performance during week one of the 2017 campaign, Prep football learned from their mistakes and headed to the Mississippi Delta. Facing Washington School in Greenville, MS, the Patriots scored early and often in a complete 49-0 route of the Generals. This game was a strong step forward for the Patriots as they showed great improvement on both sides of the ball. Senior wide receiver Maddox Henry opened up the contest with a touchdown catch from a Chance Lovertich bullet. A defensive interception by junior linebacker Dixon Hughes allowed for speedy Jerrion Ealy to hit the ground running and compile a total of 188 yards and 4 touchdowns on only 7 carries. Junior running back Jack Gideon also ran for a long touchdown in the second half to reach the final score of 49-0.

While the offense applied the gas and never let off, the defense had an absolute suffocating game. The Patriots defense shut down the Generals offense by not allowing any points, zero pass completions, and only one first down.

The Patriots are showing plenty of improvement, just being one week removed from their first contest. Coming off of a big win, the team looks to carry this momentum into a tough road game against Forest High School. Forest High is ranked number 3 among all MHSAA 3A teams.