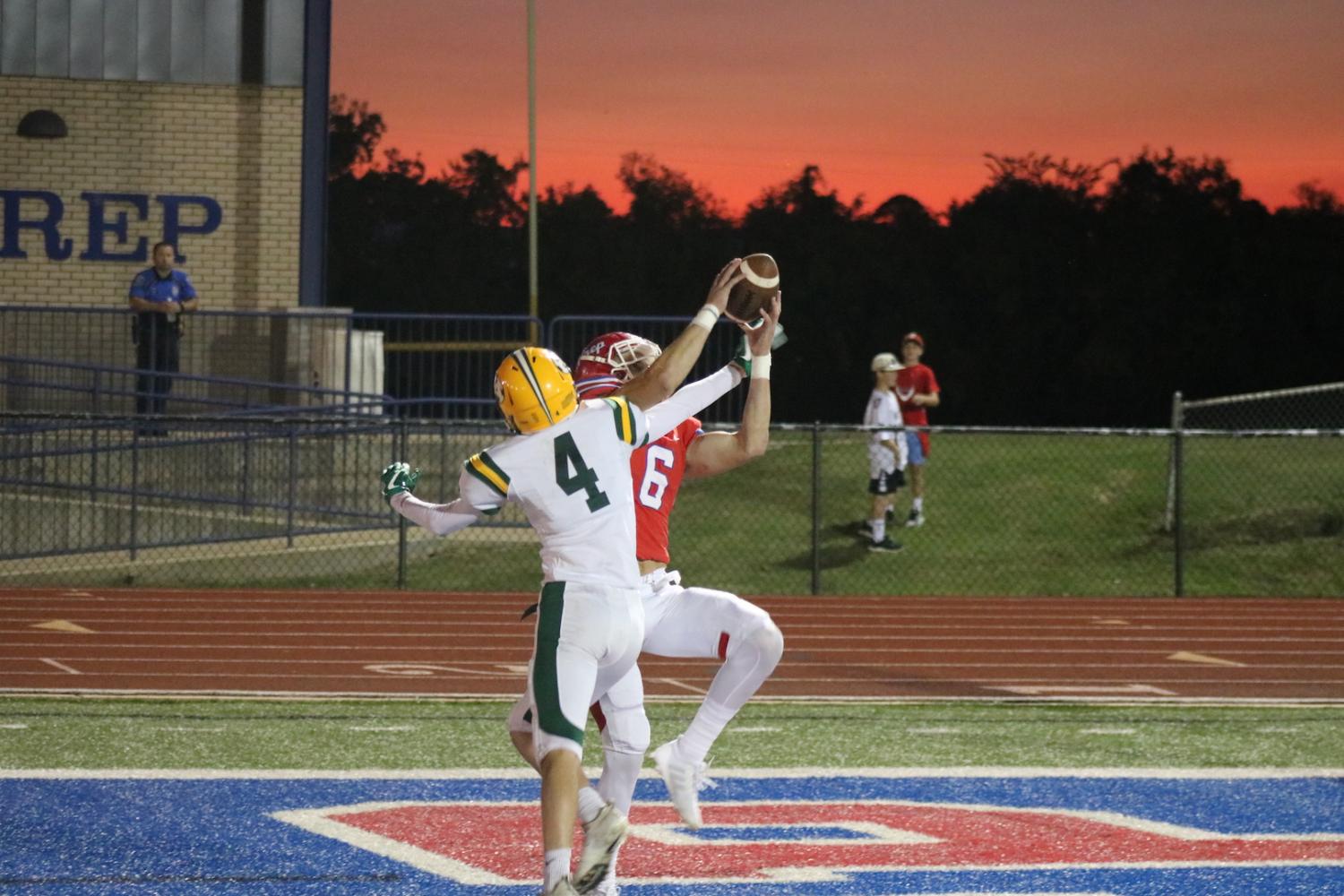 Senior Nevin Wells climbs the ladder while grabbing a back shoulder pass. This photo was selected as a finalist for best sports photo by the MSPA this past school year. Photo by Stewart McCullough

By Will Fletcher and Stewart McCullough

Jackson, MS — The Patriots returned home from a two-week road game period to take on the Pillow Mustangs for homecoming.

On offense, the Patriots had a strong performance with Chance Lovertich going 13/17 in completions with 261 yards and 4 touchdowns. Overall, 11 different receivers caught passes from Chance. Although Prep was not playing the same level of competition in Pillow that Forest presented, it was still good to see the passing game pick back up where it left off.

On the defensive side of the ball, the Patriots had a dominate night allowing zero points. The defense also tallied two interceptions, one of which a crazy one-handed diving grab by senior corner back Maddox Henry. The Mustangs had no movement on offense. This kept their defense on the field for long periods of time without any rest. The Pillow defense tired quickly which made the relentless passing attack from Prep even worse.

Prep stays at home this week as they take on St. Joseph Catholic School in Madison, MS. While St. Joe is a private school, it plays in the Division 2-AA public school league. This will be Prep’s second and final matchup with a public school league team.