“Same Kind of Different As Me” premieres in Madison 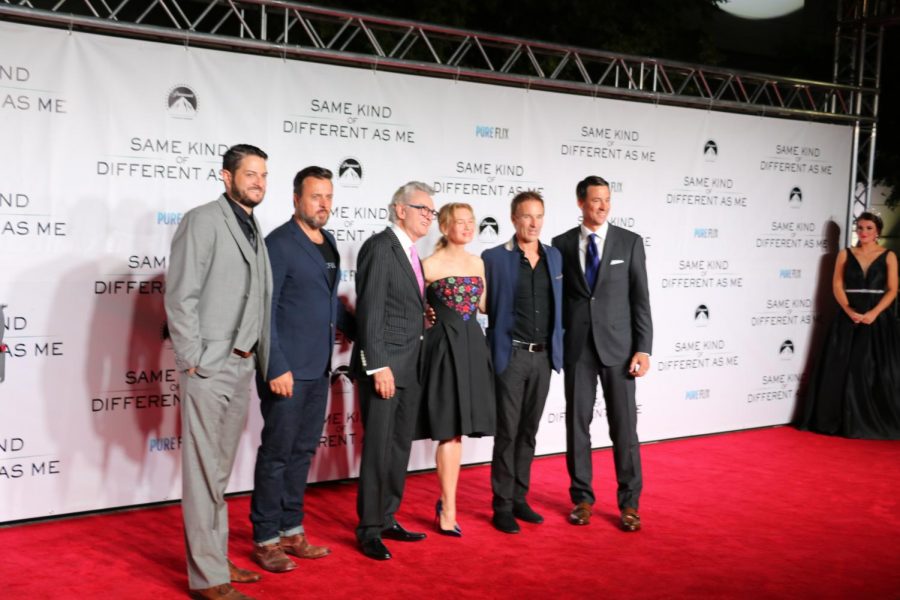 Producers and stars line up for the red carpet. Photo by Stewart McCullough.

MADISON, MS – The long-awaited premiere of The Same Kind of Different As Me went down during a red carpet event at Malco Theatre in Madison on Thursday, October 19.

This movie is based on the 2006 novel, Same Kind of Different as Me. The night began as Mississippi’s “Miss Hospitality” welcomed the general admission onto the red carpet.

After all the guests entered the theater, Mississippi Governor Phil Bryant, alongside state senator John Horhn, arrived to usher in Mississippi’s most recently made film. Director Michael Carney and screenwriter Alexander Ford followed. Ron Hall, the author of Same Kind of Different as Me, followed with his wife. Next, a police escort ushered in the last bus. Off stepped Renée Zellweger, Austin Filson, Darren Moorman and Stephen Johnson. Renée Zellweger is an Academy Award-winning actress who plays Ron Hall’s wife.

Stephen Johnston, a local entrepreneur, was one of a few producers that worked tirelessly on this project. When asked to be a producer, he insisted that the movie be filmed in Jackson and that the movie would directly benefit a local charitable organization.

Star Renée Zellweger mentioned to WJTV that, “When we got to Jackson, we were not just going to build sets and tear them down and leave, but we’re actually going to find a mission that is serving the community of Jackson. We wanted to refurbish that with the budget money and some contributions that we received from folks around the country.”

Once all the guests were seated, Renée said a few words thanking Mississippi for being so hospitable. Promptly after her thank-you speech, the movie began.

The movie features many recognizable scenes from the Jackson area and is in theaters at Malco Theatre, in Madison.