Delayed by snow, Hour of Code comes to Prep 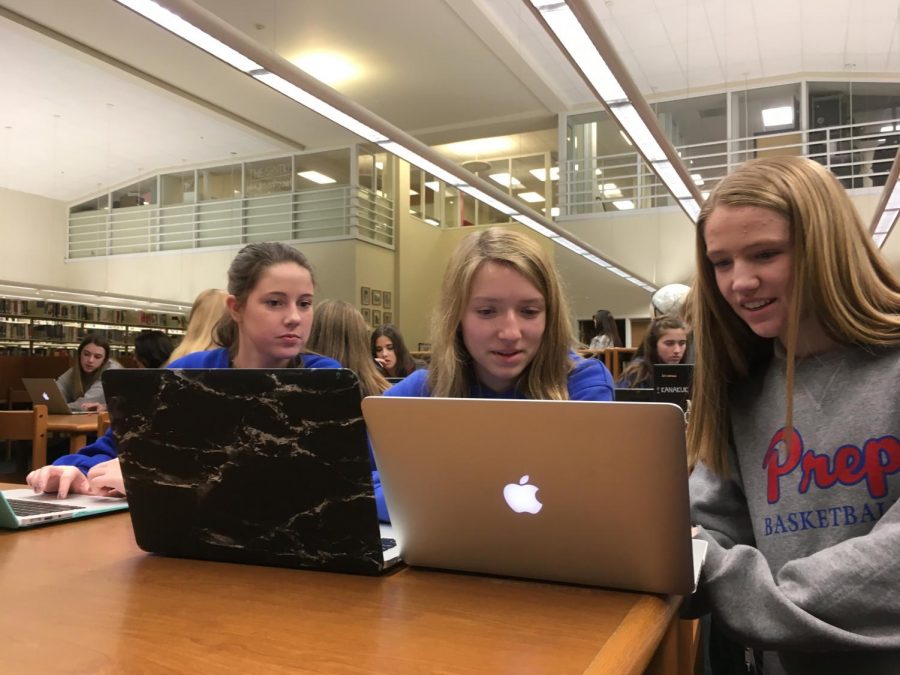 By Allie Wise and Olivia Moore

The Hour of Code is an event that takes place in schools all around the world during the Computer Science Education Week, but schools can choose to host an hour of code anytime throughout the year.  Prep decided to host the Hour of Code on December 8, the Friday of Computer Science Week.  Unfortunately, snow caused school to be cancelled that day.  Instead, it was held on Tuesday December 12, and it was a success.

The number of students who participated in the Hour of Code this year was significantly greater than in previous years.  With many different options for coding and Pepper the C Spire robot making an appearance, Hour of Code made an impact on students at Prep.

The Hour of Code was held from activity period through homeroom, and the schedule of the day was altered to give more time for coding.  All Prep students received an email asking them if they wanted to sign up; if they expressed interest, they then had to give their preferences out of the options of the different coding activities. Some of the options were projects with names like Wonder Woman, Pac-Man Zero, and Code the News.

Ms. Marsha Hobbs was in charge of the Hour of Code at Prep, and many faculty members helped with the different groups of students. Almost half of the student body participated in various locations throughout Prep.  The office even decided to turn off the homeroom bell because it might distract students.  After the students signed up and chose their preferences, another email was sent that put them in a specific group and location.

By being involved with this activity, Ms. Hobbs hopes that “students will gain an appreciation for coding.” She said, “It is not as scary as it sounds with some of the new languages. More than anything, I would like for students to get interested in coding in the future.”

With the new flexible schedule that Prep is instilling next year, there are going to be computer and coding classes that have not been offered before. Although it’s still tentative, Prep wants to offer at least two senior high coding classes, a junior high computer science principles class, and even a Senior High Java course.

Campbell Perkins, a sophomore, said, “It was really fun and exciting.” After Caroline Dreher, also a sophomore, finished all the levels in the Wonder Woman tutorial she said, “It was a rewarding challenge when I beat the levels.” Russ Upton, after completing the activity “Tracy the Turtle,” declared that he made “a great house.” Most of the students were pleasantly surprised that coding was so interesting.

Even though the Hour of Code was a new and fun experience for the student body, its purpose was not just that.  The Hour of Code is used to inspire students who had not had experience with coding or working with computers.  The event is meant to show students that  learning code is not intimidating or impossible.  Gaining an appreciation of coding will be beneficial for students since the world is steadily becoming more dependent on the internet and technology.  Being able to code will only be an asset in the future.