Prep tennis looks to serve up a successful 2018 season 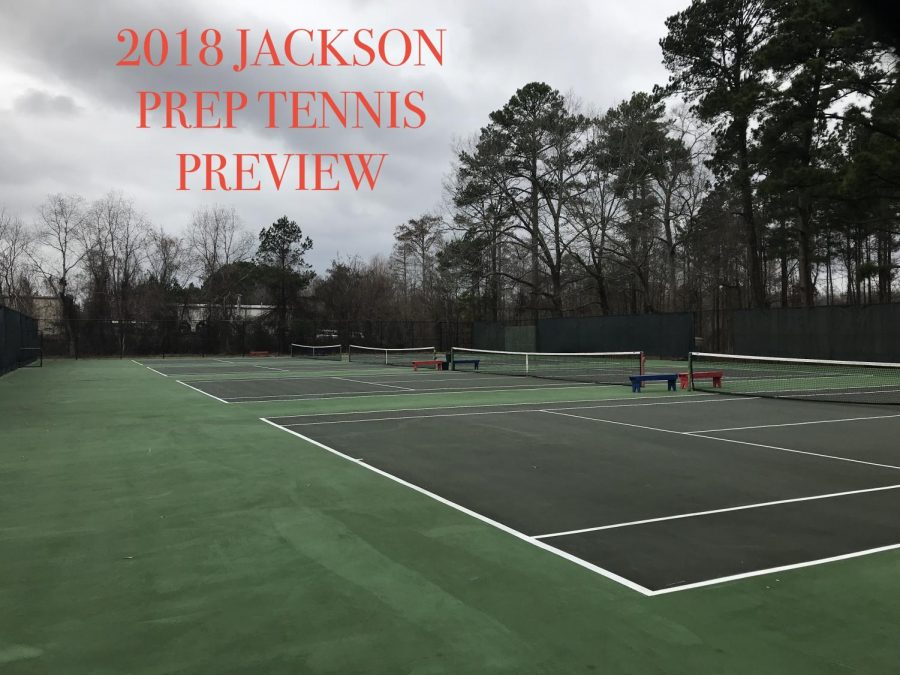 Flowood, MS — As winter begins to fade and spring starts to take its shape, the Jackson Prep Tennis team has commenced their preparations for another season. They’re coming into the 2018 year with a chip on their shoulder, seeing as they finished 2017 with a great amount of momentum.

Last year, the high school boys’ team finished the season with a D1-AAAA championship trophy in hand, their fourth in a row, and this year’s team has an expectation that is nothing less than bringing home their fifth trophy in half a decade. The boys, however, do have to find a replacement for arguably one of their top players from last year, Ellis Abdo. Abdo among others may have graduated, but the team is returning several of their key prospects from last years squad, who will look to carry the team this season. One player that they will look to rely on is 8th grader Andrew Sweat. Sweat is a returner from last years team, but now that he has a year under his belt, he will look to take an even bigger role with the team. Also, seniors like Russell Roberts and Graham Roberson will also be names that you will want to be aware of as they will look to finish their final season as a Patriot on a high note.

The girls’ team finished as the runner-up last year in the championship, but the team had found their stride many times throughout the season, and many still saw the season as a positive year as a whole. Last years team may not have brought home a state championship, but their successful season has placed this year’s team in a very good spot to take home the state title. This 2018 squad returns six upperclassmen and seven underclassmen, while they only lost four seniors from last years team during the offseason. They may not have had a significant amount of departures in the offseason, but the ones that they did have were vital parts of the team. One of which, Kendall Causey, was arguably one of the better players in not only the school but in the entire conference. Of the team’s returners, however, they do return junior Mackenzie Nichols who will most likely not only be a pivotal part of the team talent wise but also leadership-wise.

As both teams are moving toward finishing their first month of practice, they will be looking to start their respective seasons strong. The pair of teams will be beginning play starting February 15th as they kick off their season with a preseason event at the Country Club of Jackson.