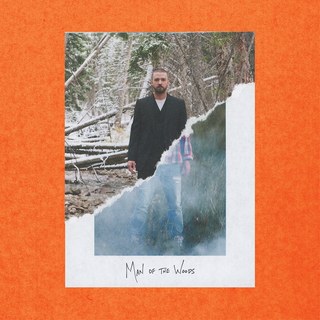 Tired of old hits? “Cry Me a River”. JT is back.  It’s been around five years since his last album was released, and his newest album, Man of The Woods, was released on February 2.  He named the album after his son, Silas, whose name means man of the woods.

In this album, as one can tell by the names of the songs, there is more of a hometown inspiration with a few country vibes.  Some of the songs tend to resemble hits from JT’s past.   That isn’t necessarily a bad thing, and not all of the songs are this way. However, it can tend to bore listeners who have been rocking with Timberlake for a while.  But don’t get me wrong, there are definitely some great hits on this album.

A huge attraction to the album is the featuring of both Alicia Keys and Chris Stapleton.  Fans were hoping for a duo with Chris Stapleton after such a powerful performance at the CMA’s in 2015.  Chris Stapleton is featured in the song, “Say Something”, which has a slower beat with more guitar than the rest of the songs; it is a really great song.  His song with Alicia Keys, “Morning Light”, has a slow R&B groove with a romantic feel.  Both of these songs break out from his normal sound and give some variation to the album.

Aside from the new album release, Justin Timberlake also showed off his talents in the halftime show at the Super Bowl.  The famous singer played all of his well known hits, pleasing the crowd, with only one song, “Filthy”, being from his new album. He had extravagant backgrounds that went along with the mood of the song – when he sang, “Mirrors”, hundreds of people were holding mirrors facing upward, which created a cool, reflective display.

However, his overall performance was not liked by all.  His outfits were different than the normal wardrobe fans are used to seeing.  Junior Anna Stack said, “It was kind of weird how none of the outfits matched, but overall it was a good performance.”

Whether or not people liked his halftime show, they still watched it.  This was a good move for JT because it further publicized his new music. It is looking like this new album is going to live up to his prior hit albums: Justified and The 20/20 Experience.