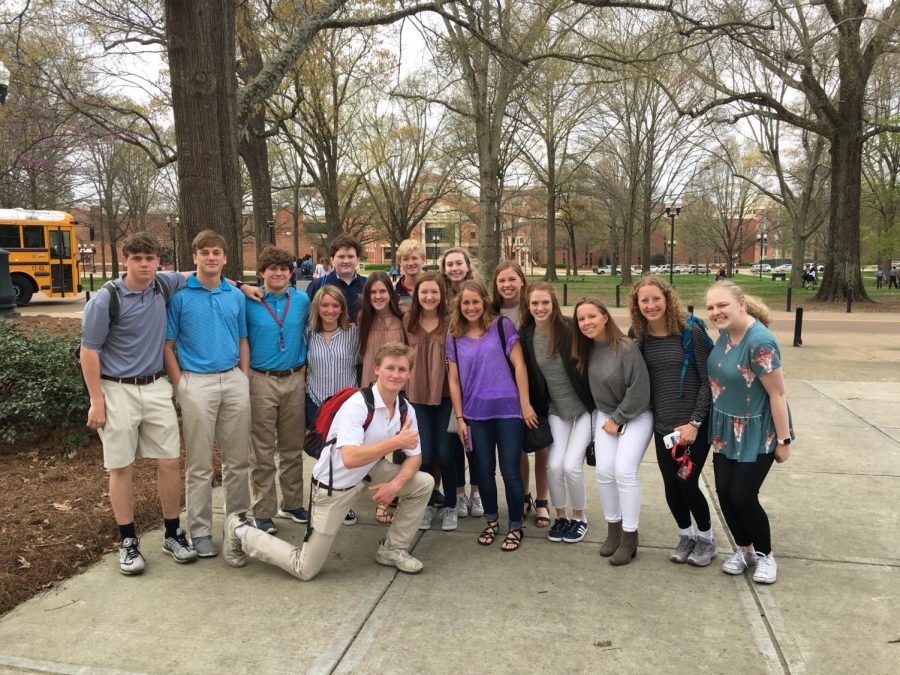 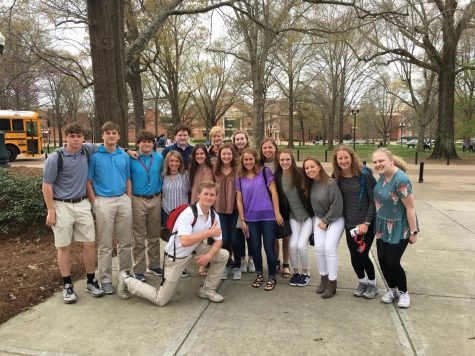 On Tuesday, March 27th, a group of students involved in different publications traveled to The University of Mississippi to represent Prep at the Mississippi Scholastic Press Association day. High Schools from all around the state came to learn and receive awards for their work and range of publications. The Prep contingent included both members from Précis (yearbook) and The Sentry (newspaper). The students departed from Prep at 6 a.m. and arrived around 8:30 a.m. They were greeted in The Grove with donuts, coffee, juice, and an opening talk from R.J. Morgan (the director of the MSPA) and the Dean of the Meek School of Journalism at Ole Miss.

During the day students were able to take a wide range of classes and seminars to learn and help improve their publications. These classes included live tweeting and the importance of social media, backpack journalism, virtual reality, spotting fake news, and many more. Students chose three classes of their choice and were treated to lunch in the grove after the classes were over.

After lunch everyone convened in the Ford Center Auditorium to accept awards for their submissions into the contest, have the closing recap, and hear keynote speaker Jesse Holland. This was a treat for the attending students and faculty as Holland is a critically acclaimed writer and journalists authored a recent novel about the Marvel Comics character Black Panther as part of a tie-in for what is now the highest-grossing African-American superhero movie ever. Mr. Holland, former editor of Ole Miss’ newspaper, The Daily Mississippian, and a longtime AP reporter in addition to an author, spoke on the importance of journalism in his life and how the students in journalism will influence others one day. His main point was that we have a strong voice for influencing others through media and journalism.

The Sentry as a publication was also among the top five finalists in a many different categories. These include best Online Presence, best News and Feature Writing, best Sports Writing, best Opinion Writing (which The Sentry won), and best Newspaper Publication of the Year. Along with this, Sentry adviser Mr. Hughes was a finalist in the JoAnne Sellers Newspaper Advisor of the Year category.

The 2017-2018 school year has been a great one so far for all Jackson Prep media and publications.