OPINION: Starbucks’ implicit bias training is a waste of time 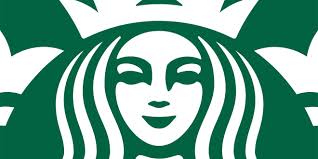 On Tuesday, April 17, 2018, the coffeehouse chain Starbucks announced that they would be closing 8,000 stores across the United States on May 29, 2018, to perform implicit racial bias training for 175,000 employees.

The stores will be closing in response to an incident at a Philadelphia Starbucks in which two black men were arrested following a loitering call to police from the store’s manager. Controversy has since erupted, calling the incident a racially motivated arrest.

This does not seem to be the case. The two men entered the Starbucks and asked to use the bathroom. The store’s manager refused them the code to the bathroom because they were not paying customers. They refused to buy anything, and sat down. The police were then called about a loitering incident. Upon the police’s arrival, the two men (after refusing to leave) were arrested and escorted from the store. While not much is known about the incident other than that, the store manager’s motivation for calling the police is still a grey area, as some have come forward and claimed that the same manager did not call the police on certain white customers breaking the same rules as the men who were arrested.

Starbucks CEO Kevin R. Johnson pledged in the wake of the incident to make “any necessary changes to our practices that would help prevent such an occurrence from ever happening again.” Through this statement, it can be inferred that Starbucks believes that the implicit bias training will, at the very least, help to alleviate any unconscious bias that might lead to another incident like the one in Philadelphia.

For those unfamiliar, implicit racial bias training is supposed to “measure”, through the Implicit Association Test (IAT), a given person’s internal, unconscious bias towards those of other races. I am against the use of this test for multiple reasons.

Firstly, and most importantly, employers have absolutely no right to meddle with the unconscious perceptions of their employee’s minds, regardless of whether or not racial bias actually exists within a given employee’s perceptions.

Secondly, even if the incident was probably racially motivated (which, again, is still a grey area), to then say that every employee of all 8,000 Starbucks stores being closed holds implicit bias against those of other races is completely illogical.

Thirdly, there is no evidence that the IAT does what Starbucks intends to use it for (that being, at the very least, the alleviation of potential unconscious bias in its employees). Multiple studies conducted surrounding the IAT state that the test cannot predict an individual’s behavior based on unconscious preconceptions with consistent certainty. A given person’s IAT score can vary immensely from test to test. So, evidently, it cannot be used to measure a given person’s levels of implicit bias with any degree of certainty.

For these reasons, I would hope that any Starbucks employee being both required to undergo this training and that is uncomfortable with the accuracy of the test refuse to take it, at least for the reason that their employer has no right to meddle and tamper with their unconscious perceptions. I would also say that because of these reasons, the administration of the test is a waste of time on the part of Starbucks, as the test (and thereby the training) will likely not fulfill the purpose for which they are administering it.

Going forward, I think Starbucks should release the security footage (as there are reportedly multiple security cameras in the Philadelphia establishment) before making sweeping actions that infer the implicit, unconscious racism of 175,000 of its employees. Only after we have all of the facts surrounding the incident may we analyze what really happened and make suggestions for how Starbucks should have proceeded.