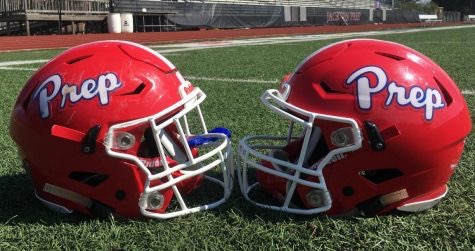 Flowood, MS — It’s week seven of the Jackson Prep football season and the Patriots are on the verge of their biggest game of the year. Their cross-town rival Jackson Academy will be coming to Patriot field to compete in both team’s toughest matchup thus far. The JA Raiders are coming off a bye week while Prep defeated the PCS Bobcats last Friday 47-0.

The Raiders will enter with an undefeated record and plenty of confidence. Though JA was off last week, the week prior they knocked off a previously undefeated Northeast Lauderdale team 31-14. They were led by their senior quarterback Kinkead Dent who went 6-13 for 72 yards and two touchdowns. Dent has received multiple Division-1 offers and will have to be the spark of the Raider offense if they want to return home Friday with a win.

After their dominating performance, last week against an inferior PCS team Prep will have no problem finding their stride when their offense steps on the field. The Patriots were also without their running back Jerrion Ealy last week, but he will be back in uniform in time for kickoff on Friday. With Ealy and the rest of the Patriot core players back healthy, the Prep should feel good about their chances of staying unbeaten.

Player of the Week (PCS):

What to Watch for:

Can the two teams handle the rivalry atmosphere?:

Although both teams have already prepared for and faced several opponents this season, they have had Friday night in the back of their minds for quite some time. The rivalry between the two school’s dates back quite a while, but as of the last nine years or so it has really picked up as both school’s have had multiple championship seasons (Prep – 6 / JA – 3). When asked about the rivalry senior cornerback Carter Stockett said, “JA week is always big for us, and it’s good when we get to play them here in front of our fans.”