MOVIE REVIEW: A Star is Born 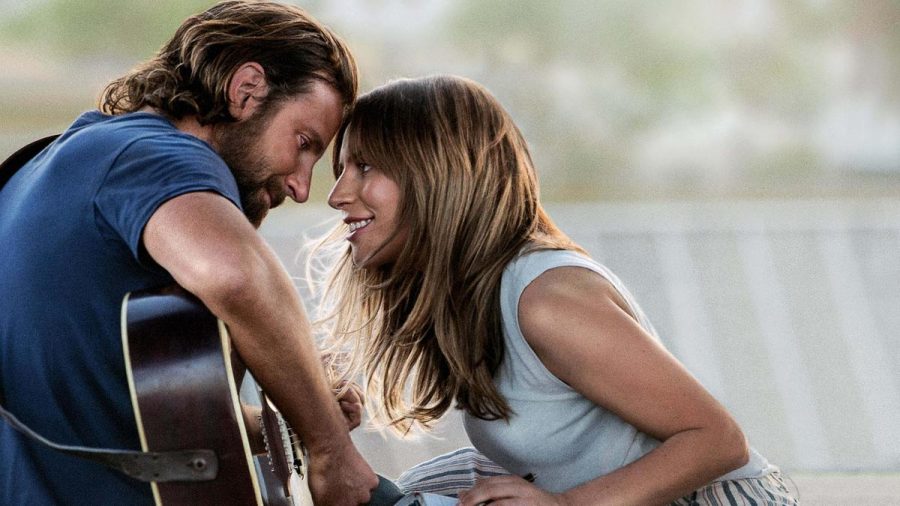 A Star Is Born, released into theaters on October 5, has already captured the hearts of many. Bradley Cooper directs the film and stars as Jackson Maine, a famous country singer. Lady Gaga plays his love interest, Ally, who also sings and writes her own music but has not caught her big break. Ally’s “large nose” prohibits her from getting discovered until she sings a song she wrote with Maine spur of the moment the night before. The rest is history. I won’t spoil much more except that this movie also deals with the hard-hitting subject of addiction. Jackson Maine suffers from alcoholism and drug addiction, and it becomes very apparent very quickly that he needs help.

This movie has received a rating of 91% on Rotten Tomatoes.  I really did like this movie, but it was a little long. By the time you are walking out of the movie theater, two and a half hours have passed. Notice this movie is rated R, so you should expect vulgar language. I knew prior to coming into the movie that it was a remake of the original A Star Is Born, which was released in 1937. Apparently, there is a common misconception about the remake, so let me just clear the air: this movie is not a documentary about Lady Gaga’s life.

The best part of the movie, in my opinion, was the music. Every time music began to play, I would instantly get chill bumps. Lady Gaga is obviously talented, but Bradley Cooper surprised me just as much. My favorite song was “Shallow”, and it is played so much in the movie that I felt like I knew all the words by the time it was over.  Honestly, if you are not looking to drop $11 just for a ticket and three hours of your day, listen to the soundtrack and you will feel like you watched the movie. Senior Mackenzie Nichols has a sneak peek for those of you thinking about seeing it. “I don’t want to give anything away, but tears were streaming down out of my eyes at one point.” This being said, bring your tissues. You will most likely need them