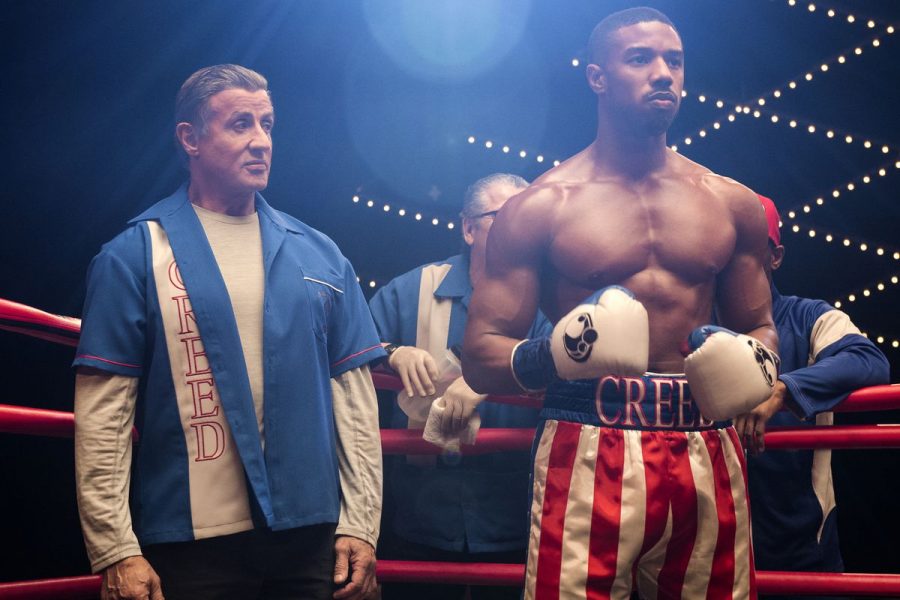 Creed II was released on November 21 nationwide. Its release was much anticipated following the massive success of its predecessor, Creed, which grossed almost $200 million in 2015 and got a 95% approval rating on Rotten Tomatoes.

Creed II is the eighth movie in the Rocky film franchise, and Rocky Balboa, played by Sylvester Stallone, is a main part of the plot as he trains Adonis Creed, the son of Apollo Creed (who Rocky fought and later became friends with in the earlier movies of the franchise), played by Michael B. Jordan. While it isn’t essential to have seen every Rocky movie before seeing Creed II, you need to have seen Rocky IV and Creed. Without having seen Rocky IV, you’re going to not understand a major part of the plot.

In Rocky IV, the Soviet Union and its top boxer, Ivan Drago, make an entrance into professional boxing, wanting to take on the World Champion, Rocky. Apollo Creed decides to fight him instead, but he is killed in the fight. Rocky decides that he must fight Drago in order to avenge his friend’s death, and he beats him in Russia.

Fast forward more than 30 years. Now Ivan Drago has a son, Victor. After losing to Rocky, he lost the fame and fortune he once had, and his wife left him to raise their son alone. Ivan has turned to his son to restore glory back to their family and gain back the respect and admiration he once had. He trains his son intensely before getting him to challenge Creed, who feels that he must fight Victor because of the way his father was killed by Ivan.

If you’re looking for a unique plot filled with surprises, then this may not be the film for you, as the plot is mostly predictable if you’ve seen any of the other Rocky movies. Still, the film finds value in its renewal of the time-tested themes that have made the Rocky franchise so popular. It contains boxing scenes that look incredibly authentic and training scenes that will make you ready to run through a wall. Director Steven Caple, Jr. also did a great job of picking up where Ryan Coogler, the director of the first film, left off with character development in this sequel.

The acting in this film is very strong, especially Michael B. Jordan and Sylvester Stallone as the two leads. Jordan picks up right where most saw him last in his dazzling performance as Killmonger in Black Panther and delivers another outstanding performance as Adonis Creed, playing his character with conviction. Stallone, in perhaps his final time as the iconic Rocky Balboa (he hinted at this in a recent Instagram post), gives us the same Rocky he’s given us in all of the other films. Even when I see him in another movie, I think of him as Rocky, as he seems to have become this character in the film.

One of my favorite things they did with this film was how they gave insight to the life of Victor and Ivan Drago. They humanized them in many ways, and while it never quite makes you root for Victor over Creed, you feel for Victor as he seeks to make his father proud and restore his family name. You don’t just see them as the big bad Russians who need to be defeated; they’re people too.

If I had to say which was better between Creed II and Creed, I would give a slight edge to the first film. Now that in no way means this film is not outstanding, as the first film set the bar extremely high. Fans of other Rocky movies and even non-Rocky fans will find going to this film well worth their time. It’s entertaining from start to finish, and when you leave you’ll likely feel inspired to join a boxing gym before realizing how hard it is.