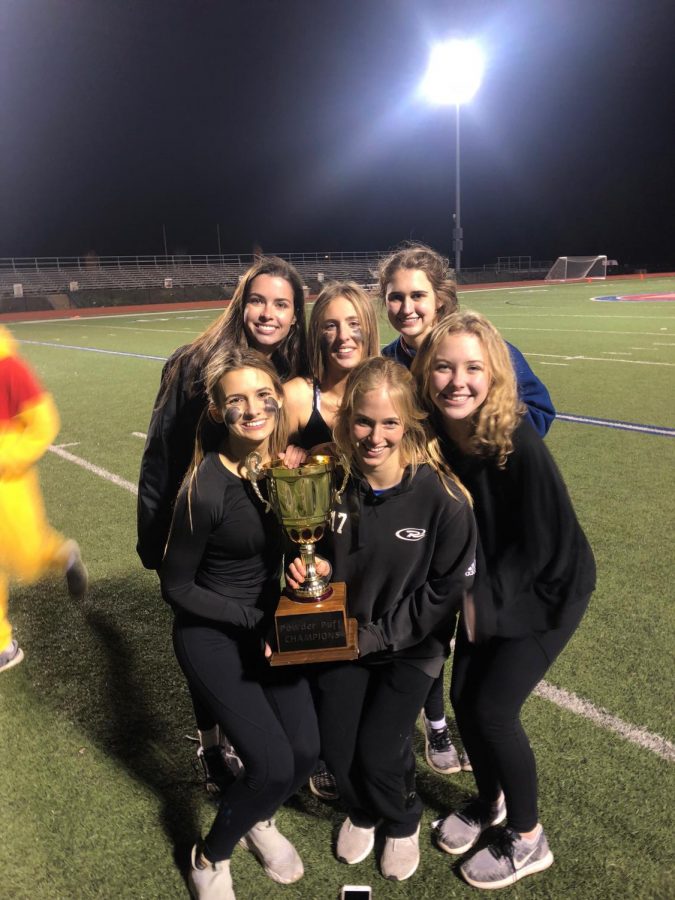 After the state championship win by the boys’ football team, the girls still had more to prove, and on December 3, they took to the field.

Every year, the Senior High Student Council puts on the Powderpuff football game,  which is essentially a showdown of girls’ flag football between each grade in high school. Senior high boys serve as coaches for the teams.

To start off the night, the juniors, in black, and the sophomores, in blue, played each other in a 50 minute game.

This game came down to the end with the juniors winning by one touchdown even though sophomore Eliza Mazzaferro scored at the near end to try and catch up. Sophomore quarterback Olivia Sasser had quite the arm and speed though. Almost no one could stop her on offense or defense.

Sophomore Brantley Johnson even got in the game for a touchdown and a brutal tackle in the end zone with a flag thrown on the juniors. Sayley Crawford had numerous great catches. The sophomores really put up a fight, especially Ramsey Jeffreys on defense, who wouldn’t let any girl get past her.

However, the juniors just couldn’t be stopped with quarterback Price Loposer. She has quite the arm. The juniors played a little dirty with shoving, tackling, pushing, and extreme aggressiveness. Campbell Perkins and Julia Zouboukos stood out as receivers. Sara Hederman also had her fair share of great plays. The juniors ended up with a triumphant victory over the sophomores.

The last game was the seniors versus the juniors. The seniors came in with no practice and no idea what to do, but that didn’t show much on the field. The starters on offense (Anna Minich, Shekinah Lumpkin, Mary Price Montagnet, Henley Johnson, Drea Morgan, Bonnie Burge, and Lynn Redding) battled hard to get past the juniors’ defense, but the lack of practice made running plays the coaches attempted to call hard due to lack of football knowledge from most of the girls.

The seniors and juniors battled down until the end, when senior Bonnie Burge caught what was thought to be the touchdown to tie the game, but which ended up making the score 24-28, due to a calculation error in the press box. In the end, the juniors played outstanding and won the whole thing.