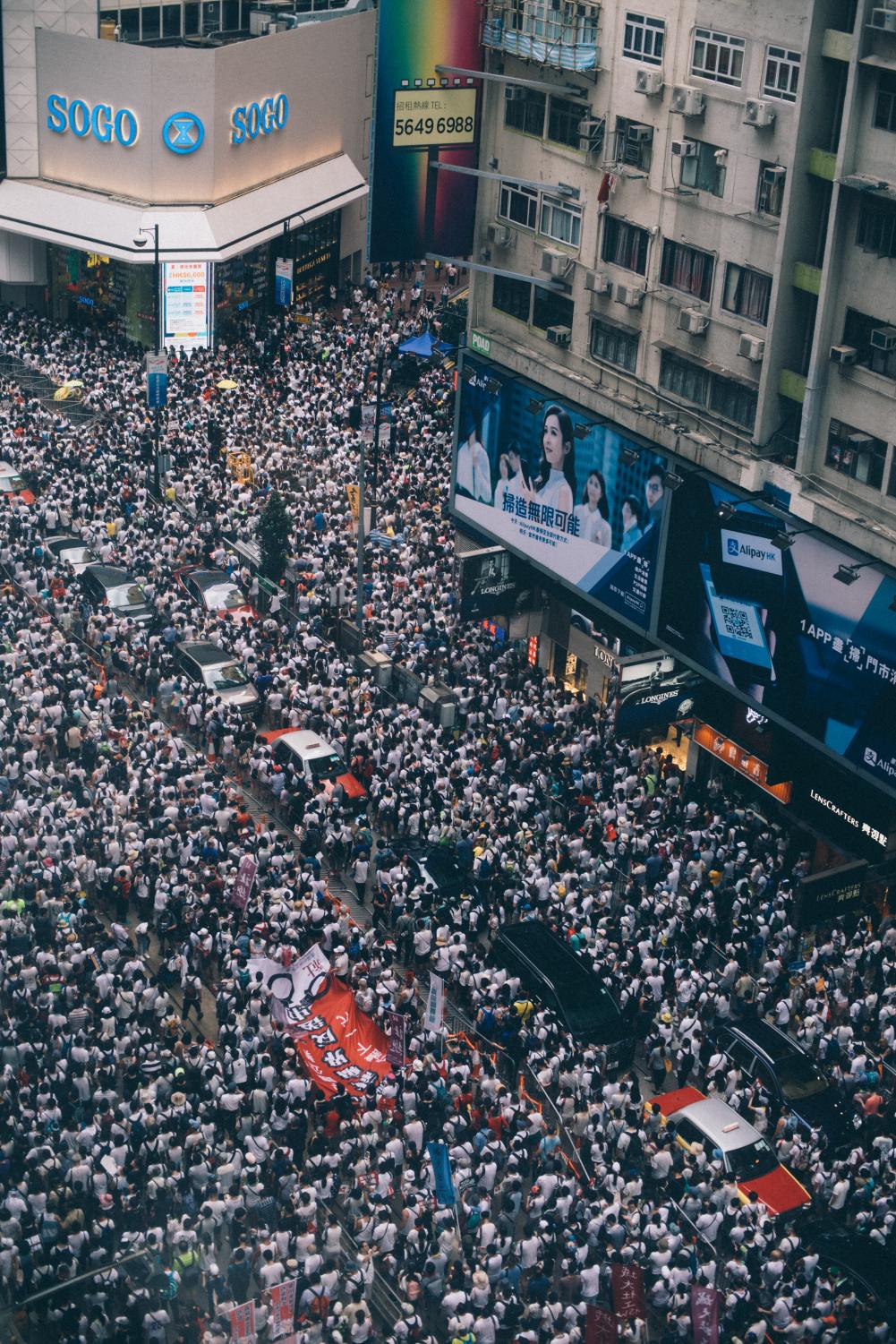 Hong Kong, China: protests that began as relatively peaceful, non-violent demonstrations in March of this year have escalated as police and protesters clashed in following months. The catalyst for these protests is an extradition bill amendment proposed by the pro-Beijing faction of the Hong Kong government that would allow for the transfer of fugitives from Hong Kong to China for trial. Since 1997, when Hong Kong was returned to China and ceased to be a British colony, it has operated under a separate legal system. A part of this system is the Hong Kong Basic Law, which guarantees freedoms not granted to the rest of China, including the right to protest and to freedom of speech. The institution of the extradition bill amendment could spell the end of this system. Those who oppose the bill worry that its enactment will result in harsher persecution of journalists and repression of pro-democratic activists. The government of Hong Kong would no longer have the ability to protect the rights of individuals the Beijing government chose to extradite. The courts of Hong Kong would be unable to further investigate whether or not a person is guilty of the crime for which they are purportedly being extradited, nor could they evaluate the quality of justice the accused would receive from Beijing. This opens up the possibility for Beijing to extradite an individual based upon exaggerated or false charges and leaves the Hong Kong judiciary powerless to stop the extradition.

Hundred of thousands of Hong Kong’s citizens gathered in the streets on June 9, several days before the second hearing for the bill was scheduled. There was some discontinuity in reporting the exact turnout, as the event’s organizers placed the count at around 1 million people while an official police statement estimated around only 240,000. The day following the demonstration, Carrie Lam, Hong Kong’s chief executive, reiterated her support for the bill.

On June 11, the night before the bill’s second hearing, protesters, frustrated by what they deemed the government’s dismissal of their concerns, began gathering around the legislative building. Due to officials’ unpreparedness, the hearing was postponed amid rising tension between protesters and police.

On June 14, Chief Executive Lam suspended the bill. However, demonstrations continued in earnest because protesters wanted the bill to be completely withdrawn, and on June 16 an estimated 2 million of Hong Kong’s 7.4 million residents poured into the streets. This march marked deviation from the earlier focus on the extradition bill as many protesters used the march to demand democratic reforms. Demonstrators were also angry that allegations of police brutality at earlier protests were going ignored by the police force and the government.

July 1, the anniversary of Hong Kong’s return to Chinese control, has often been marked by pro-democracy protests, and July 1, 2019 was no exception. While hundreds of thousands of peaceful protesters marched in the streets, radical protesters broke into and occupied the Legislative Council building for several hours. Most were frustrated and felt ignored by their own government.

Protests throughout July followed a similar trend: peaceful demonstrations in the morning followed by more radical action in the evening. By mid July, protesters had formed five demands for the government: fully withdraw the extradition bill, set up an independent inquiry to probe police brutality, withdraw the characterization of the protests as “riots”, release those arrested at protests, and implement universal suffrage in Hong Kong.

By August, protesting had extended from its epicenter in downtown Hong Kong to surrounding suburban areas. More than 2,300 aviation workers took part in a strike on August 5 resulting in flight cancellations at Hong Kong’s airport, the 8th busiest in the world. The day was also marked by repeated clashes between police and demonstrators.

Hong Kong’s airport took another hit on August 12 and 13 when demonstrators occupied sections of the airport leading to more flight cancellations and delays. Demonstrators began targeting the airport after clashes with police in the streets increased. The disruption of air traffic serves another purpose: spreading the protesters’ message to an international audience. Anyone travelling through the airport would be hard-pressed to ignore the thousands of protesters.

The Chinese government first met the protests with censorship. Recently, however, China has chosen to focus on characterizing the demonstrators as violent mobs, criminals, and domestic terrorists in an effort to stifle support for their cause. The Hong Kong government has also condemned the protests and violence, stating that protesters have often attacked police and perpetrated serious violent crimes. Neither government appears to be willing to consider the demands of the protesters, and both have chosen to condemn and undermine these demands.

On September 4, Chief Executive Lam caved to one of the protesters’ demands and withdrew the extradition bill, marking a reversal from her earlier position. Although the bill has now been formally withdrawn and must return to the beginning of the legislative process in order to be passed, the response of many has been that Lam’s action is too little too late. Whether demonstrations will continue with the same fervor as in past months remains to be seen, but the message from protesters has not been one of satisfaction.

What began as civil protests against an extradition bill amendment has morphed into something much more. Citizens growing increasingly dissatisfied with their government’s refusal to acknowledge their demands have escalated from protesting against only the amendment to calling for full democracy and the rights that come with it.