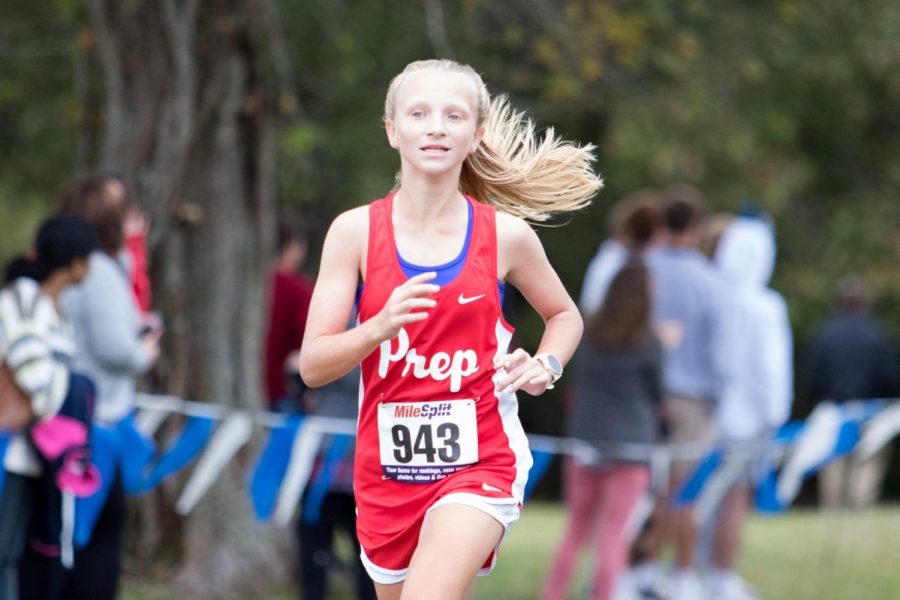 Nathan Werne is a ninth grader who has recently excelled on the football field for the junior high team as a running back. In previous years, Nathan has attended Christ Covenant. This past season, he scored five touchdowns before completely tearing his left leg meniscus during the 5th game. He is very fast and outruns the defense almost every time he has the ball, whether he is catching the ball out of the backfield or taking the handoff. Off the football field, he plays soccer, baseball, basketball, and runs track. In soccer, he plays left forward. On the diamond, he is a third basemen, outfielder, and a reliable batter. While on the court, you’ll see him controlling the ball at point guard. His versatility in different sports shows Nathan’s athletic prowess. He has a very bright future at Prep in any of the sports he puts his efforts toward.

Emma Reeves, a seventh grader, plays soccer and runs cross country for Prep. In soccer, she plays attacking midfielder, an offensive position. Her job is to put pressure on the opponent’s defense and try to score. Her speed is a great asset on the soccer field. Outside of Prep soccer, she plays for the Rush 07 Girls Premier squad. They play all over Mississippi and neighboring states. Also, she plays for the Colorado based Rush Select South 07 Girls, which is a very big accomplishment considering the fact you have to be selected. She has been a big part of the cross country team this season. She runs in the varsity races, as well as the junior varsity races. She has competed in all of the meets this season and performed highly in every one of them. Her best time was 23 minute 10 second in a 5k varsity race at Cathedral High School in Natchez. A 5k is 3.1 miles, where the average time for a female to run a 5k is 26 minutes, showing her outstanding speed and stamina. She has a promising future in not only soccer, but also cross country.