Life inside the NBA Bubble 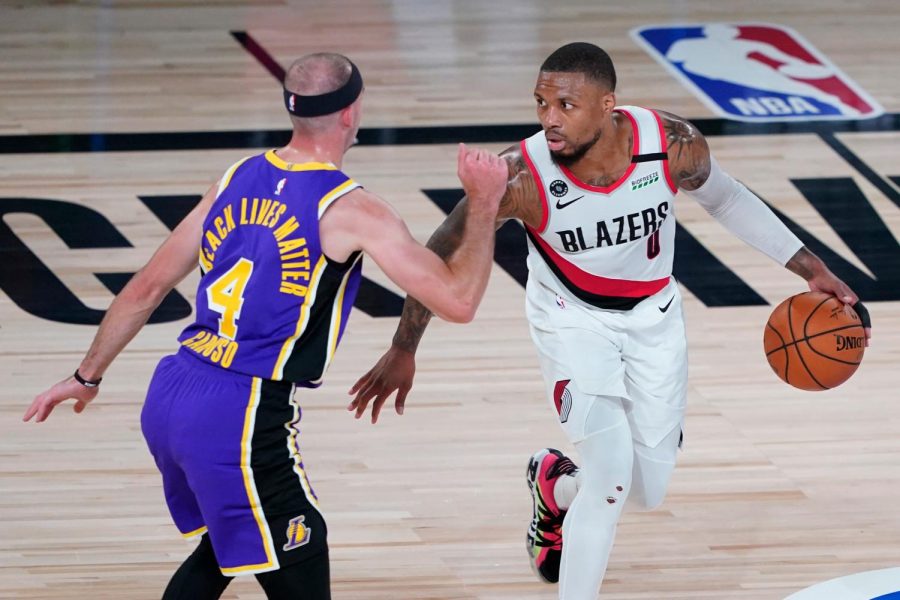 The NBA season has officially returned to the sports world and even though fans cannot be in attendance, the atmosphere of the game has not lost a beat. Due to COVID-19, players are under strict rules and guidelines on what they can and can’t do. If players leave the bubble for whatever reason, they have to stay in quarantine for ten days.

Los Angeles Clippers sixth man, Lou Williams, left the bubble and went to a gentlemen’s club in Atlanta. The media was extremely hard on Lou, but there were no consequences besides a ten day sit out. Lou admitted later that “It wasn’t the best quality decision.”

Before the playoffs began, there were eight seeding games to determine who would get in the playoffs. Most of the teams had already earned their spot, but a few teams were fighting hard to get in. Despite going 8-0 in the seeding games, the Phoenix Suns were still unable to get in the playoffs because their record was already worse than the other teams before the NBA paused it’s season. Suns fans should hold their heads high because their young team, led by future star Devin Booker, looked very sharp in Orlando. It is safe to say that the future could be very bright for Phoenix for years to come.

The league decided to give out awards for the eight seeding games. Damian Lillard, the Portland Trailblazers superstar, took home the honor of Bubble MVP. Lillard averaged 51 points per game during the last three games before the playoffs. His performance helped his team clinch the eighth seed in the Western Conference.

The Lakers locked up the first seed well before the Bubble started. They faced the scorching hot Trailblazers in the first round of the Western Conference playoffs. The Trailblazers won game one of the series, but the mighty Lakers, led by regular season MVP candidate LeBron James, won the next four games to end Damian Lillard’s monster season. The Lakers were set to face the Houston Rockets in round two. Houston’s offense certainly packs a punch, having MVP candidate James Harden and star point guard Rusell Westbrook leading the charge.

Once again, the Lakers go down 0-1, but finish strong, winning four straight games to eliminate the Rockets and punch their ticket to the Western Conference finals where they will play the the Los Angeles Clippers.

The Clippers, the number two seed in the Western Conference, were expected to blow past everyone and face off against the Lakers and compete in the “Battle of LA.” However, the Denver Nuggets had other plans. Denver went down 3-1 and it seemed as if they were going to let LA steamroll past them. Denver stars Jamal Murray and Nikola Jocic came together and showed the league that they could be the best upcoming duo in the league. The Nuggets won the next two games, taking the series to a game seven. Denver prevailed 104-89 with Jamal Murray asserting his dominance, scoring 40 points. The Clippers superstars Kawhi Leonard and Paul George got shut down by the relentless Denver defense, scoring a combined zero points in the fourth quarter.

Shifting gears to the Eastern Conference, the number one seeded Milwaukee Bucks, led by superstar forward Giannis Antetokounmpo, were shockingly eliminated by the fifth seed Miami Heat. The Heat fought hard and came together as a team, rather than being carried by one specific player. The Heat will look to continue their hot streak in the upcoming series against the young Boston Celtics.

The Celtics, featuring their new big three, Jayson Tatum, Marcus Smart, and Jaylen Brown, defeated the reigning NBA champs, the Toronto Raptors, in a seven game series to advance to the Eastern Conference Finals. After a very long and grueling series for the Celtics, it will be interesting to see if fatigue plays a factor in their next series.

With only four teams remaining, the 2020 NBA Champion is weeks away from being determined. Will King James win his first title with the Lakers and reclaim his throne once again? Will the Celtics add another championship banner to their rafters?  Will the Heat or the Nuggets shock the world by hoisting the Larry O’Brien Trophy? No matter who wins or what happens, one thing is for sure, the remaining games will be filled with excitement, high energy, and just be flat out fun to watch.