OPINION: There is a reason for distrust in the news 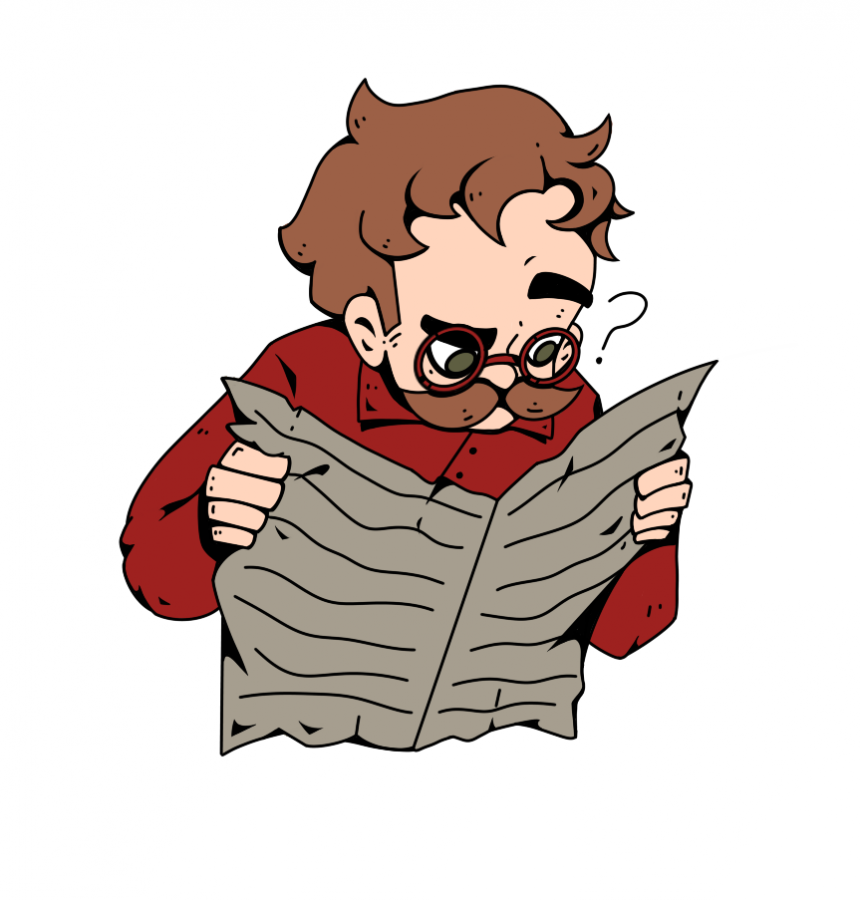 A Gallup poll published in September 2020 found that a record-high 60% of Americans have no or not very much trust in the media. Why is this?

Mainstream media leans one way, and it is obvious. As president, Donald Trump was reported on negatively over 90% of the time. Jussie Smollett, a fake victim of a “MAGA hate crime” that never happened, was praised by the media, while Nick Sandmann, a high school senior, was harassed twice, first by an attention-seeking protestor and then by the media outlets, such as CNN, The Washington Post, and others, who are settling or have settled court cases with Sandmann.

Abu Bakr al-Baghdadi, the leader of ISIS and responsible for the loss of countless lives, was hailed as an “austere religious scholar.” The Atlantic ran an anonymously-sourced article, baselessly claiming that President Trump called soldiers “losers.” When over twenty witnesses, both pro- and anti-Trump, came forward to deny that it ever happened, the mainstream media still treated it as fact.

Have you heard of Tony Bobulinski? Probably not. That is because the mainstream media has refused to ever cover his firsthand, credible experiences with the Biden family corruption. Emails show that Joe Biden was involved with his son, Hunter’s, corrupt foreign business dealings. Even the supposedly non-partisan outlets, such as NPR, refused to cover the bombshell story, dodging their duty to the American people to hold leaders accountable, especially a month before an election.

Twitter, which acts as a news outlet by censoring some content and promoting other content with which they agree, even went as far as to ban The New York Post for reporting on Biden’s corruption, citing their hacked materials policy. However, when The New York Times reports on the leaked alleged tax returns of Trump, everything is fine and dandy. It is Orwellian that censors block negative press coverage for their preferred candidate, while also allowing Iranian terrorists to tweet death to America and Israel. Now, most all social media companies, including Spotify, have outright banned Former President Trump. This is an outrage and should be denounced in a bipartisan fashion. Biased big tech censorship has no place in a free society.

The media peddled the Russian collusion conspiracy for months. Both news and opinion anchors and writers painted Trump as a Russian asset. No one had any proof, but the media covered it endlessly. “The walls are closing in,” they said. This was false. Q Anon, a right-wing conspiracy theory, is disavowed by the mainstream media, but they simultaneously promote Russian collusion, a more widely-accepted and mainstream left-wing conspiracy theory.

They accused now-Justice Brett Kavanaugh of rape with no proof other than a mistake-ridden testimony that Democrats held on to in order to use when it became politically advantageous to defeat a qualified Supreme Court nominee. All evidence points to the allegations being false. Will they apologize? No.

Even the fact-checkers have gotten in on the bias. USA Today fact-checkers said that the claim that Biden’s press secretary, Jen Psaki, wore a hat with a communist symbol on it was “missing [the] context [that the hat was a gift],” when there is in fact picture evidence of her meeting a Russian diplomat wearing a hat with the infamous hammer and sickle. There is no “context” that could invalidate that fact.

They gave the same ruling for Democrats skirting their own COVID-19 lockdown rules, when it is simply a fact that they have, like when California Governor Gavin Newsom ate unmasked indoors, while others could not, or when Speaker Nancy Pelosi got her hair done unmasked and indoors, when salons were restricted to outside service only, or when Washington DC Mayor Muriel Bowser traveled to a Biden election party, which was considered a “high risk area” and did not quarantine upon her return, which she is requiring everyone else do. These are facts, but the mainstream media tries to change the facts.

Another good example of this is Wikipedia. While it should be noted that they are not a news organization, they use the same subtly biased tactics. They are no longer unbiased; each page is opinionated to subtly tell you that Democrats are good and that Republicans are bad. For example, read the “Racial views of Donald Trump” Wikipedia page. They paint Trump and his supporters as racists like it is fact and not widely disputed. There is no Wikipedia page on Biden’s widely-perceived racist marks, including “you ain’t black”, “poor kids are just as bright and just as talented as white kids”, or frequent praise of segregationists. All of the left out information seems to tilt in the favor of one political ideology. “Wikipedia is badly biased,” cofounder Larry Sanger now says.

Have you heard of David Dorn? He was a retired African American police officer killed in the racial riots earlier this month by rioters and looters. His murder was livestreamed on Facebook. The mainstream media will tell you that these demonstrations were peaceful or that buildings are far less important than humans, but they will not tell you about the men and women, many of whom are African American, murdered at the hands of Antifa, a terrorist group that Joe Biden claims does not exist. George Floyd’s life mattered, Breonna Taylor’s life mattered, but why did David Dorn’s life not matter? The mainstream media selectively covers stories and creates a narrative to mislead the public and shift their opinions to leftist ideology.

Melania Trump will never have the traditional honor given to First Ladies to grace the cover of a magazine. She will simply be replaced with Alexandria Ocasio-Cortez and the rest of her socialist squad. President Trump will never stop being asked about white supremacy, which he has condemned many times, while Joe Biden is never asked about his comments on calling integrated schools a “racial jungle.”

It is our job to decipher what is true and what is not in this day in age. We cannot trust the media or so-called “fact-checkers” to be the arbiters of truth any more. Do not believe a word that they say. They are liars. They are fake news. Do your own research and find out the facts of the situation before mindlessly falling into their trap. The media hates Former President Trump and Republicans more than anyone, and they think you are stupid enough to be persuaded by them.

Let the media ignore President Biden’s dangerous executive orders, which choose the values of Paris over Pittsburgh, break promises, such as banning fracking on federal land, and are overtly hypocritical, such as requiring masks on federal land and then immediately going to the Lincoln Memorial unmasked. The media will not hold the new administration accountable, but we will.