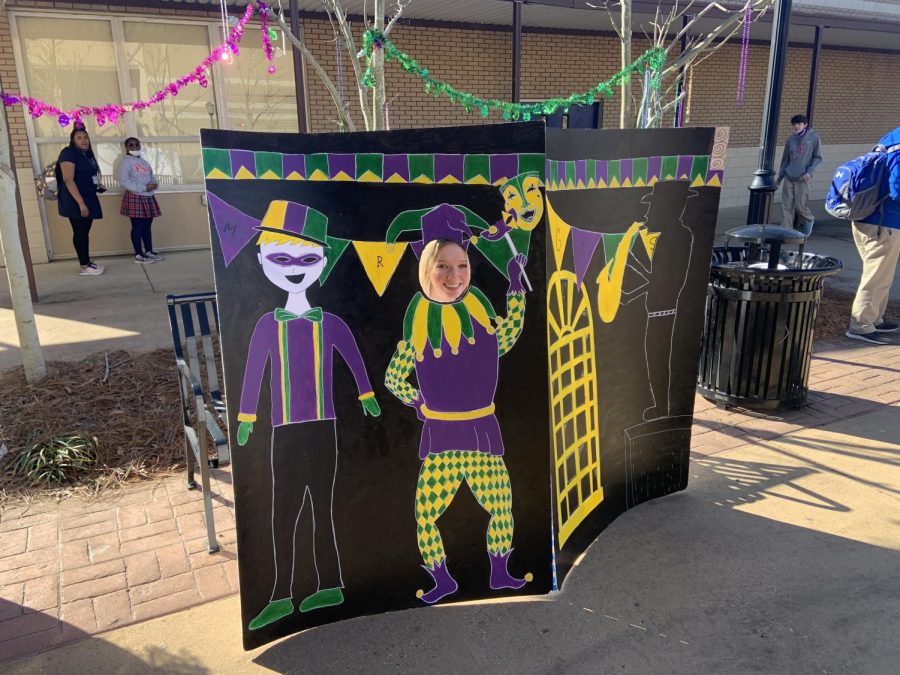 We all know of the few weeks in mid-February to March that are filled with parades, beads, and colorful festivities. Mardi Gras is widely celebrated around the south, but few people know the origin or history of the holiday.

Mardi Gras dates back to the 16th and 17th centuries, passing through Rome and Venice before traveling to France. Jean Baptiste Le Moyne Sieur de Bienville, a French-Canadian explorer, brought the early aspects of the holiday to the Americas when he arrived sixty miles south of present-day New Orleans. Realizing that it was the eve of their native holiday, he and his men named the plot of land “Pointe du Mardi Gras.” In 1718, Bienville established New Orleans, where Mardi Gras began to be openly celebrated by hostings of lavish balls and late-night drinking.

The colors of Mardi Gras were created in 1872 when a Grand Duke of Russia visited the city of New Orleans. In honor of his presence, the celebration was themed in regards to the Grand Duke’s family colors. Purple is for justice, gold for power, and green for faith.

Soon the construction of wooden floats started, and street parades were held for the entertainment of commoners. In order to gain popularity with the citizens, some floats started tossing out trinkets to the children as they passed by. Early trinkets varied from coconuts to shiny medallions and beaded necklaces. Today, it has expanded to candy, plastic beads, and even full hotdogs.

With the current events of Covid-19, many of the larger parades have been canceled for the safety of the participants. Not only the parades, but a number of local bars and clubs have also set restrictions for the amount of customers inside their businesses.

This is not to say that we cannot enjoy the special holiday. In the attempts to lift the spirits, some of the New Orleans community has taken to celebrating Mardi Gras from home by decorating their houses with bright and festive colors to replicate the numerous floats that normally go about during this time. In the event now known as “Yardigras”, parents and their children could walk down their neighborhood catching candy and trinkets. Homeowners would stand from their doorway or window to throw the goodies down as if they were doing so from a decorated float. Closer to home, the Jackson Prep French Club held its own Mardi Gras celebration on February 23 with food and a photo booth.

All of this to say, Mardi Gras has been celebrated in numerous ways as the holiday has evolved from time, yet the joy and thrill has always remained.