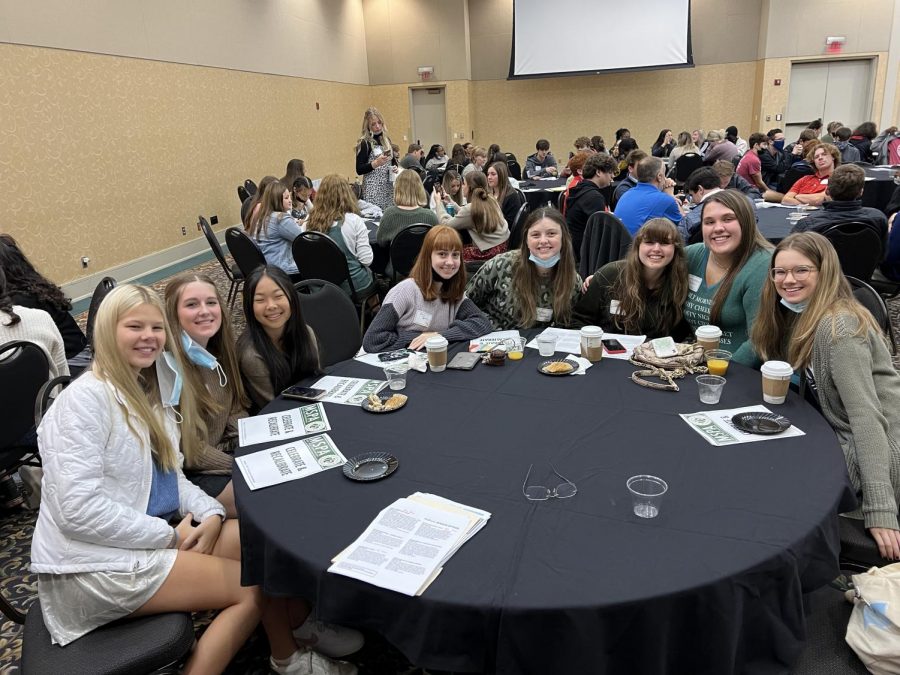 On Monday, November 1, members of Jackson Prep’s publication staffs and their advisers went on a trip to the 75th annual MSPA convention hosted by The University of Southern Mississippi in Hattiesburg. Attending were staff members from The Sentry, JPTV, Earthwinds, Mindprints, and Précis.

After a bus ride from Prep to USM, the day consisted of check-in at 8 am, breakfast, and three class sessions in which the students and advisors broke out into groups to hear from speakers on how to improve their publications.

This was followed by another large group meeting where keynote speaker Jerry Mitchell, an investigative reporter and author, came to speak. He also answered questions and signed copies of his new book, Race Against Time: A Reporter Reopens the Unsolved Murder Cases of the Civil Rights Era.

The day ended with an awards ceremony during which awards were given out to the best of Mississippi’s high school literary magazines and yearbooks. Précis adviser Ms. Anna Griffin was named Yearbook Sponsor of the Year, and several other Prep students and publications were recognized.

In the yearbook category, Précis was nominated for best photography and theme development. Prep junior Harper Johnson was a finalist for best feature photo and academic photo as well as best feature writing/reporting, alongside Prep alum Bradley Stafford, who won the category of best student life spread. Alum Julia Sumrall was a finalist for best sports photo as well as best sports writing/reporting.

Publications staff members plan to attend the spring MSPA convention at the University of Mississippi, during which awards for newspaper and broadcast will be given. A full list of this fall’s winners, along with links to individual nominated entries, is available at www.mississippischolasticpress.com.