Youth legislature back in session in Jackson

Prep picks up its fourth governor in a row 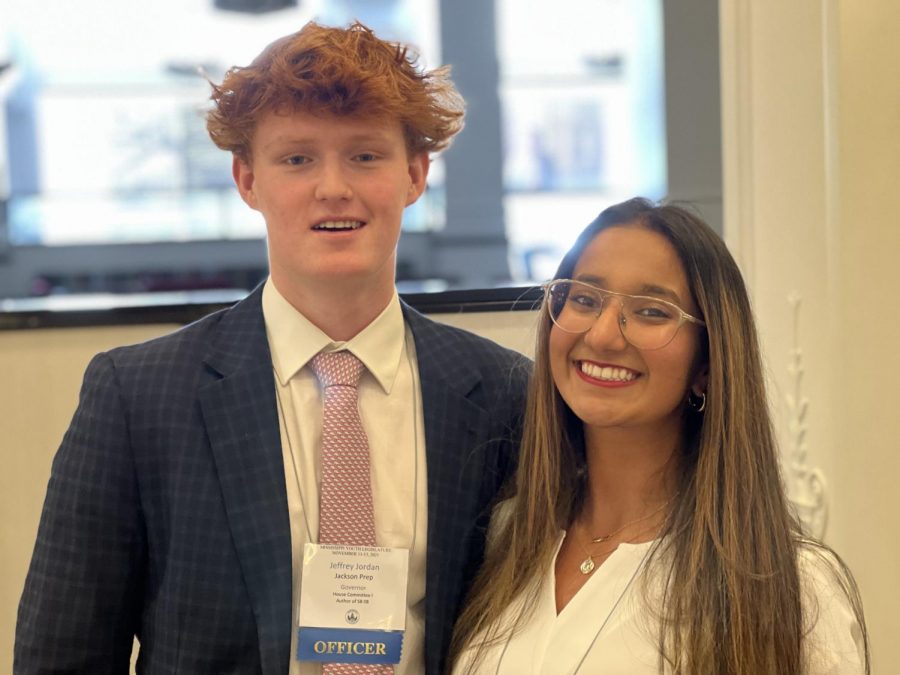 From November 11 to 13th, seventeen delegates, representing the sophomore, junior, and senior classes, headed downtown for the Lead Mississippi Youth Legislature conference. In 2020, the conference had to be cancelled due to COVID precautions, which meant elected governor Cass Rutledge did not have the chance to serve his term as governor.

This year was quite different for previous conferences. In the past, Youth Legislature has been held at the Old Capitol, Capitol, and downtown Marriott. This year, the conference was held at the Hilton Garden Inn (Formerly known as the King Edward Hotel). The entire conference took place in the ballroom and conference rooms at the hotel. Students had the opportunity to mingle more with people in different committees and groups due to the condensed scale. There were less attendees, which meant there was only one house of representatives and one senate.

Senior Jeffery Jordan acted as co-governor with St. Joe’s Wils Davis. Jeffrey’s cabinet consisted of several Prep seniors—Landon Miller (Chief of Staff), Annie Jicka (First Lady), and Ellyn Waits (Executive Advisor). Annie Jicka got to serve as both first lady and a house member “It was fun being able to be both a part of the legislature and the cabinet because I was able to participate in debates on bills and assist in gubernatorial duties, such as questioning authors on platform bills and suggesting amendments to them.” The governors worked in tandem, having separate platforms, but eventually agreeing on what bills would become laws at the end of the conference. The Lead Mississippi coordinators do not plan on having two governors in the future, but it was an interesting change to have more schools represented in the cabinet.

In a vote by all conference attendees, Prep junior Sakshi Kaura won the election for next year’s governor. She will preside over both the junior and senior high delegation meetings. So, the Prep governor dynasty continues—from Alex Stradinger, Cass Rutledge, Jeffery Jordan, and now Sakshi Kaura.