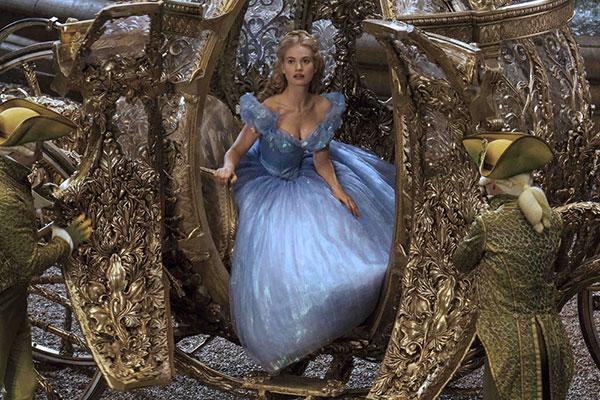 Even though Snow White was the first Disney Princess, most people immediately think of Cinderella. She is the classic princess with her rags-to-riches tale. The strength of the new live-action rendition of Cinderella is that it remains just that: classic. Director Kenneth Branagh took the novel approach of not making drastic changes. The story is the same story that millions of young girls grew up on and it remains just as magical.

The casting for this movie was as close to perfect as you can be. Lily James of Downtown Abbey fame plays the titular role and she did a wonderful job of bringing this character to life. Many retellings of older stories tend to accidentally play the characters as if they are modern while keeping them in the same old settings. James, with her experience in period pieces, kept the audience in the right time period. Richard Madden took on the task of giving the prince a personality and name. He also did well. It was very interesting to see Helena Bonham Carter as a hero for once. She went to town with her quirky version of Cinderella’s fairy godmother. I was most impressed by Cate Blanchett as Lady Tremaine. She was able to provide a more complete picture of the Stepmother. She was a horrible woman but she had her reasons. The plot became much more interesting with that addition.

The only plot changes were tasteful and only added to the story. The prince was able to meet Cinderella before the ball and knew her. I’m personally happy about that change because it made their romance a little more believable. It was also great to see Cinderella’s family before her stepmother.

The greatest thing about this movie, however, was the costuming. The costumes were gorgeously and painstakingly put together and it showed. The main dress seems as if it floats and the blues seem to move. Costume designer, Sandy Powell, had to use lights sewn into the dress to give the dress the best effect. She designed a number of versions before deciding on the one they used. And all of the costumes have the same amount of care put into them.

If you ever, at any time, liked Cinderella you should see this movie. It was close to flawless and was an absolute masterpiece.