What Is Fantasy Football?

Fantasy Football is an online game in which participants select imaginary teams from the players in the NFL and score points according to the actual performance of their players. It is an extremely fun way to play against your friends and possibly win some money too. Many Prep students participate in Fantasy Football through CBS, NFL.com, or ESPN.

At the beginning of the NFL football season, leagues are formed and there can be an entry for money. The number of competitors usually range from 6-12 members. The amount of money is usually anywhere from $10 to $20 per person. In many leagues that Prep students take part in, the winner gets the majority of money in the pool, and second place gets their money back.

A standard Fantasy Football league has one quarterback, two running backs, two wide receivers, one tight end, a team defense, kicker, and a flex player. A flex player can be anyone who plays running back, wide receiver, and tight end. There is also a bench where you can draft subs incase players get injured or have bye weeks. People are able to change their lineup weekly. Also, if someone is not satisfied with the performance of one of their players, they are able to drop him and pick someone else up from free agency. Free agency lets anyone pick up a player unowned.

The Sentry staff members love Fantasy Football as well and have a league set up through NFL.com. 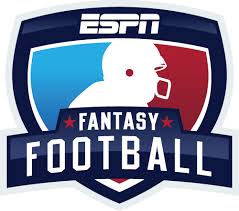