Cookin’ With Sam: The Last Chapter 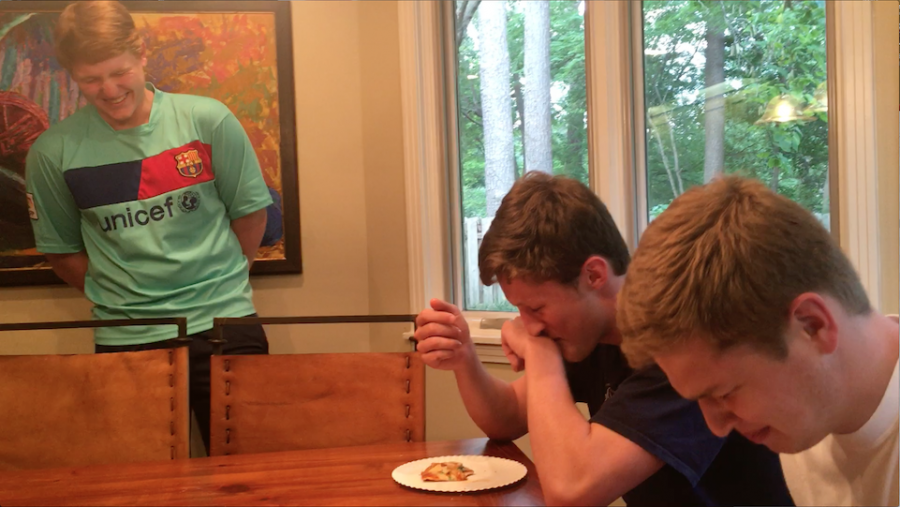 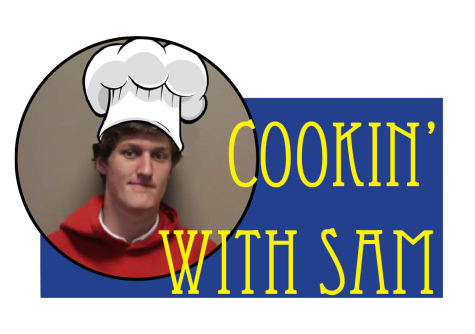 Every great story needs a great ending, and for this final chapter I thought deep and hard about how to make the perfect ending.  Then the idea hit me about having a Sentry cook-off where I would be the judge and whoever won could take my place as the Sentry cook.

This competition consisted of five teams which were: Holman and Ellis, Brittany and Blair, Ann Clardy and Gracie, Elliot and Meena, and, finally team Paul whose teammate Hays could not show up.  Each team was allowed to choose whatever recipe they wanted but they would have to incorporate the secret ingredient that I would reveal to them the day of the cook off.

When everyone had arrived to my house for the competition I then revealed the secret ingredient which was a bannana, one of the hardest ingredients to incorporate in any dish because its flavor is so strong.  Team Meena and Elliot were quite elated to incorporate the banana into their Rice Crispy Fruity Pebble dish.  Other teams such as Paul Andress became quite dismayed because he would have to put a banana in his pizza dish.

Then the competition began, giving the chefs exactly one hour to finish their dishes.  For some like Ann Clardy this was an ordeal that she was not quite ready for in that she was constantly panicking about what to do.  Luckily for Ann Clardy, Gracie was a lot more confident and carried the bulk of the weight for the team.

After the hour passed the candidates presented their dishes.  First came Brittany and Blair’s dish which was a double chocolate marshmallow brownie with the banana.  This was a strong dish.  Next came Clardy and Gracie’s dish which was some tortilla thing with bananas and cream cheese inside.  I could tell that this dish needed some work but the flavor was there, but just dreadful presentation.

Then Paul came with his fruit flavored pizza that consisted of bananas, apples, and sprinkles.  Unfortunately for Paul this was one of the weirdest tastes I have ever put in my mouth.  Next came team Elliot and Meena who brought their Fruity Pebble dish which was so sweet that it became unbearable to the point that I almost sent them home right then and there.  Then Holman and Ellis brought their grilled cheese and a peanut butter sandwich with bananas on the side.  This was a good dish.

After some thinking it became obvious who had won which was Brittany and Blair for their extraordinary teamwork, presentation, and the taste of their dish.

Finally I would like to say that it has been my pleasure to be your culinary expert for the past two years, I have appreciated all the support from my true friends, so I say adieu and farewell.

Click here to see more episodes of “Cookin’ With Sam”