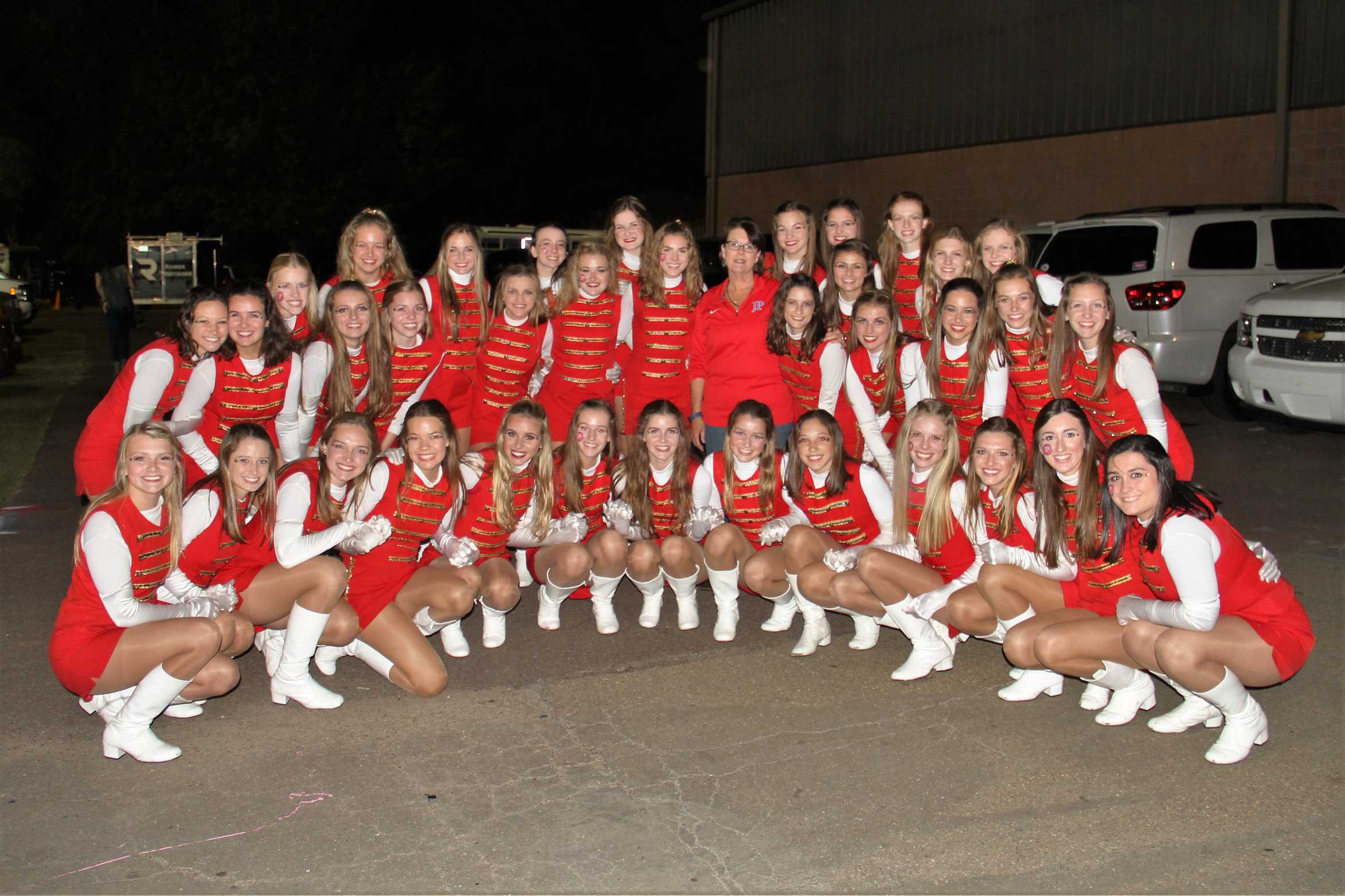 The Pacers give a final salute to Lou Ann McKibben

The Pacers have been under the watchful eye of Ms. Lou Ann McKibben for the past 14 years. Her first year as sponsor was after tryouts in the spring of 2003. While she was only supposed to be the interim sponsor, she found herself as the permanent sponsor.

As sponsor, it is Ms. McKibben’s job to oversee tryouts, select the captains, order all the Pacer’s necessities, such as gloves and boots, and complete many other tasks that ensure that the Pacers have everything they might need. This year, she, along with the help of Ms. Christina Jackson (who will take over as Pacer sponsor next year) has spent countless hours organizing the Pacers’ trip to New Orleans to perform at the Sugar Bowl. This will be Ms. McKibben’s 4th time to take a group of Pacers to the Sugar Bowl.

It has been one of the greatest blessings of my life!”

Aside from being sponsor, Ms. McKibben teaches AP U.S. Government and Economics. She is married to her husband, Doug. They have two daughters, Caroline Upchurch and Jordan Mason who are both Jackson Prep graduates, and 3 grandchildren: Ethan Upchurch who is 4, Leo Upchurch who is 2, and Cameron Mason who is 18 months old.

This year is Ms. McKibben’s 14th and final year as the Pacer sponsor. She said it was the best year to go out as sponsor because everything was so easy and there was a fantastic group of seniors. This year was the 13th year out of Ms. McKibben’s 14 years as sponsor that the Pacers performed at the championship football game.

Throughout her many years as sponsor, she has made many memories. One of her favorite memories from all her years as sponsor is one time when the Pacers traveled to Pillow Academy to perform. The field was so muddy that when the Pacers kicked, the mud landed on their heads. By the end of the performance, the girls were covered entirely with mud. The girls thought that it was so much fun.

Ms. McKibben said the absolute best part of being sponsor is having relationships with all of the Pacers that she couldn’t have made by just being their teacher. She said, “It has been one of the greatest blessings of my life!” She still keeps in touch with girls who were Pacers years ago because of the relationships she built with them.

One of her favorite memories from the 2016 season was the playoff game against Jackson Academy, which was her last home game. She said, “The dance was so incredible, and about 10 of my former Pacers came and stood with me on the track for my last time at Patriot Field as the Pacer sponsor. It was really special.”

Former Pacer Madeline Mangum had this to say about Ms. McKibben: “If I could elect anyone for President of the U.S.A., I would pick Ms. McKibben.” While she was joking, she quickly followed up by saying, “But honestly, Ms. McKibben is a woman of many talents. If I could be as witty and wise as anyone, it would be her.”

If I could elect anyone for President of the U.S.A., I would pick Ms. McKibben.”

Another one of her favorite memories from this year was when all the Pacers surrounded the five Pacers on the homecoming court, one, Rosemary Ferguson, of which was named homecoming queen.

Ms. McKibben said she has thoroughly enjoyed these past 14 years as sponsor. The Pacers will all miss her, but feel know she has left them in great hands with Ms. Jackson.