Jackson Prep faced off against St. Joseph Catholic School of Madison for the first time in 147 years on Friday, September 15th. The Bruins of St. Joe traveled down Lakeland Drive to take on an explosive Jackson Prep football team.

From the beginning, it was obvious this would be a high scoring affair. “Chance Lovertich to Jerrion Ealy for six points” seemed to ring throughout the stadium every 5-10 minutes. Respectively, the Bruins completely picked apart the Prep defensive back field. St. Joe was picking up 20 yards at a time just by passing to the same receivers over and over again.

At halftime, the score was 64-20. The first half also took over two-and-a half hours to complete.

Following a long and drawn out first half, the second was a completely different story. The clock was continuously running and many second and third string players got their opportunity to show the coaches what they could do. Jayvon Magee and Reed Kellum rushed for two touchdowns combined ending the complete blowout of the St. Joseph Bruins, 77-10. 77 points is the most scored by Jackson Prep in football program history. While breaking their own record,Prep’s impressive win was two points away from breaking the Mississippi High School Football record for most points scored in a game by a single team. The record of 78 points still stands untouched.

Jackson Prep will travel to Presbyterian Christian School next as a rematch between the team that ended Prep’s 47 game win streak during homecoming last year. 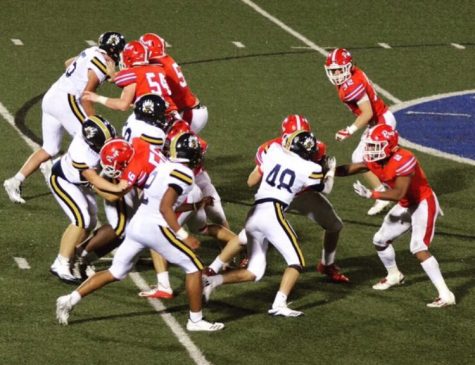