By Preston Dubberly and Stewart McCullough 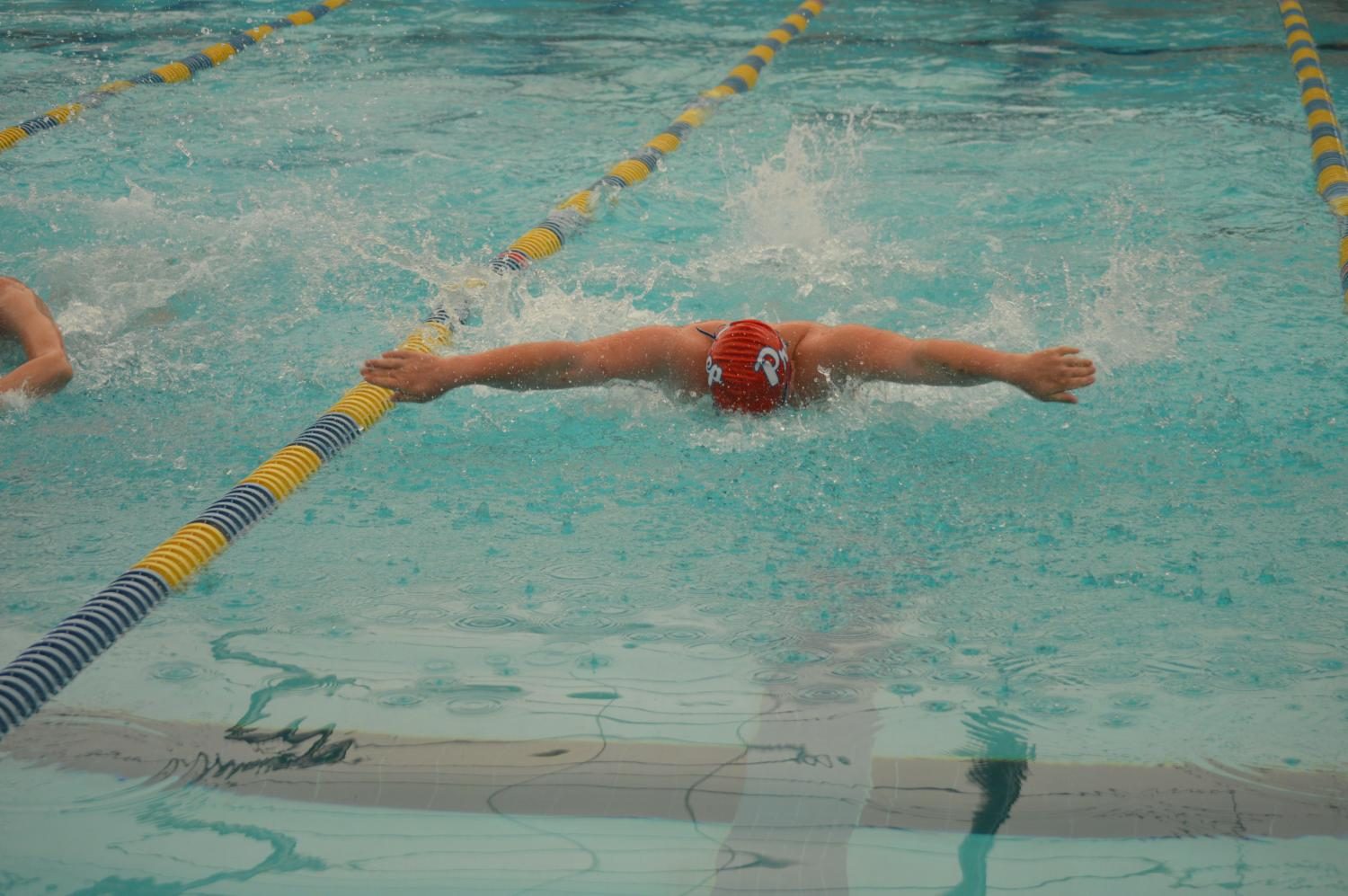 The annual MAIS State swim meet was held on September 20th at the Lakeland Courthouse. Although, this year was the year for upsets. Dr. Nealey said, “This meet was a lot closer compared to previous meets.” Once you stepped into the Courthouse, you could feel the tension.  Goggles were flying off and swim caps squeezed the brains out of the swimmers, but they continued to push through it. In previous years, Prep has dominated each meet with their size in numbers. Swim meets are determined by the point system, and the team with the most grand total point accumulation wins. Prep’s advantage to this, is that they can compete with very serious swim teams just because 40+ will be swimming for Prep.

One of the best parts of the swim meet is reading what is on every swimmers’ backs.  For instance, Jackson Prep has recently started a trend where they write in Mandarin with the help of sophomore foreign exchange student, Felix Lyu, and of course, Google Translate. Neil Marchetti also put his artistic ways to use along with his swimming skills to intimidate the opposing teams.

Dr. Nealey and Co. will strive to reach 45 consecutive swim titles next year where the competition is anticipated to be even tougher. Official times and scores will be posted at a later date.