The subjectively indisputable Best Games of 2017

By Barron Liston and Tripp Cory

2017 was quite a good year for video games. Nintendo knocked the ball out of the park this year with the release of the Nintendo Switch, niche titles such as Persona 5 and NieR: Automata managed to outsell EA’s slimy Star Wars shooter, the Call of Duty franchise returned to its roots with the release of Call of Duty: WWII, and the gaming community, along with multiple state and national governments, was able to unite against the use of loot boxes in order to prevent games from turning into a virtual casino. After years of pondering and self-reflection, we’ve have come up with a list of their favorite games of 2017 that you should play. 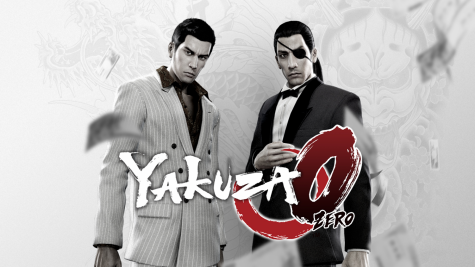 Yakuza 0 is a stylish beat-’em-up that is overflowing with charm. I wish I could put this game on my top 5 list but I am only about halfway through so I can not give an opinion on the entire game. However, it is definitely not a title that should be overlooked – especially for fans of serious crime narratives, hilarious side quests, and brutal fistfights. 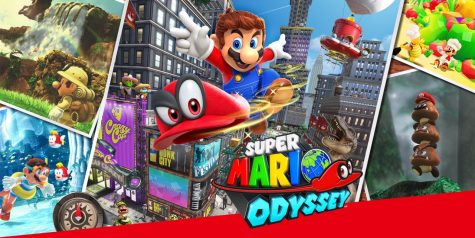 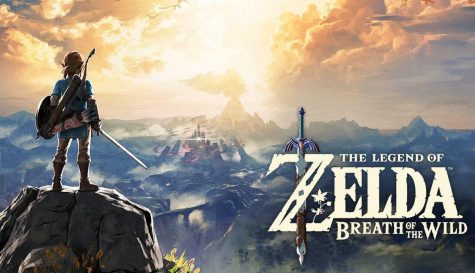 4. The Legend of Zelda: Breath of the Wild

Breath of the Wild is a truly immersive game that sets a shining example of how to create an open world. BotW contains unprecedented amounts of player freedom to do whatever they want however they want. The game is all around extremely polished, runs excellently, and looks beautiful. The world is full of monsters to defeat, treasure to find, and experimentation with the game’s mechanics. There are so many different ways to take down enemies that in my 50+ hours of playtime I barely learned half of them. 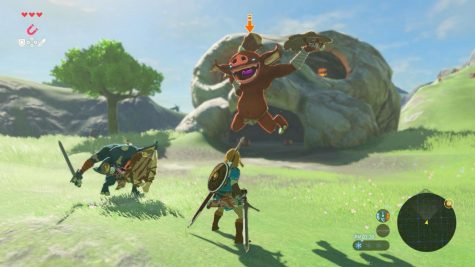 The environment of BotW interacts with the player – lighting will strike any equipped metal objects, fire burns wooden equipment, and the climate affects everything. The player can take full advantage of these environmental effects to creatively take down enemies with strategic lightning strikes and flaming spears. BotW also gives you the tools to affect its world through the use of magnetism and physics – further deepening the gameplay possibilities. Breath of the Wild truly feels endless in both its setting and gameplay depth. 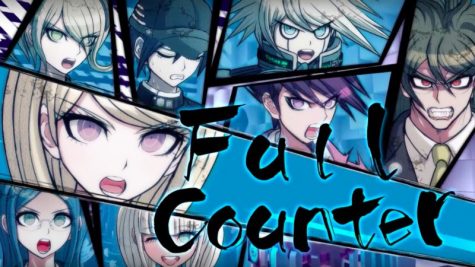 I once believed it was impossible to top the insanity that was Danganronpa 2 but Danganronpa V3 proved me wrong. For those of you who don’t know, Danganronpa is a series of murder mysteries in which sixteen high schoolers are trapped in a school by an animatronic bear. The bear, Monokuma, tells the students that they can either spend their entire life in the school or graduate by murdering another student without getting caught. However, if the murder is caught they are killed while if the murder isn’t caught everyone else will die. 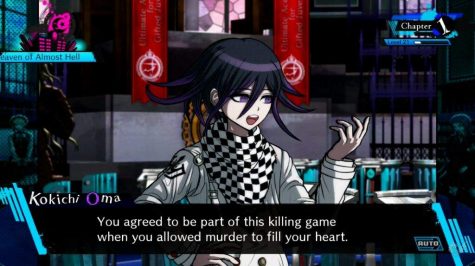 DRV3 is the final game to be written by series writer Kazutaka Kodaka and he sure goes out with a bang. DRV3 not only has the best overall cast and protagonist but also the most mind-blowing plot twists to come out of the series. DRV3 excels in both it’s humorous and serious moments – all while maintaining the uncomfortable atmosphere that makes the series so great. One of the best aspects of Danganronpa is the anxiety created becoming attached to its witty characters and slowly watching them kill each other off. You are always on edge wondering if your favorites will be horribly murdered or if they will be the killer – forcing you to expose their actions and deliver them to their doom. The entire second half of the game is an emotional rollercoaster that culminates in an amazing finale to mark Kodaka’s departure from the series. 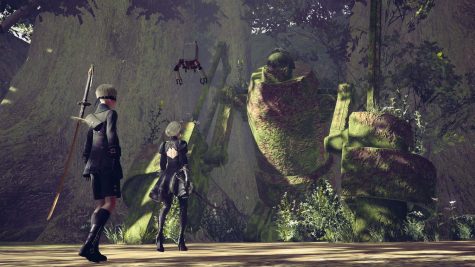 Nier: Automata is a magical bittersweet experience and is truly a master of atmosphere. The strong location and character designs along with an absolutely amazing soundtrack come together to create the desolate, beautiful, post-apocalyptic world of Nier: Automata. That isn’t all Nier: Automata brings to the table. Nier: Automata’s gameplay flows between a third person hack n slash and a top-down shooter – a strange combination that creates unique and excellent combat. Everything from the voice acting, character designs, gameplay, story, themes, tone, and setting come together to make Nier: Automata an unforgettable experience and one of the best titles on the PS4.

11 years after its release in Japan, Trails in the Sky the 3rd decided to come to the U.S. to steal my game of the year spot from Nier: Automata. Trails in the Sky the 3rd is a sequel to the story of Trails in the Sky FC & SC that focuses on character development, worldbuilding, and set up for future games. In 3rd the protagonist switches from Estelle Bright to Kevin Graham, one of SC’s lesser developed characters. The central plot really develops Kevin’s character and acts as a last hurrah for the characters of the Sky trilogy. Scattered throughout the game are sections known as Doors that contain character backstories, side stories, and worldbuilding. The Doors are one of the game’s highlights – ranging from soul-crushingly sad to fluff pieces and character backstories to vital plot set up. I won’t get into spoiler territory but I really appreciated how the plot made use of its structure to develop the characters who had the least amount of screentime in the previous games. 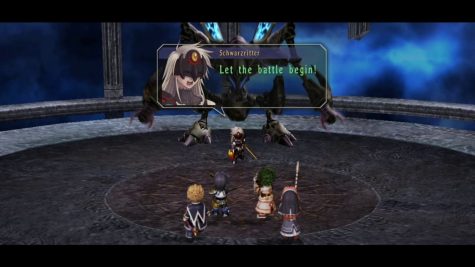 The gameplay in 3rd is the best the series has to offer so far with its depth, strategy, and some brutal boss battles. The final dungeon is pure hype and addresses one of the problems I have with the JRPG genre as a whole, that extra party members do nothing while the party members in use do all the work. The 3rd solves this problem by dividing the final dungeon into four sections that each contain a part of the final boss fight where you have to divide all sixteen party members into groups of four to take on each section. Overall, 3rd is a fantastic entry in my (correct) opinion the best game series with a multi-game narrative. Sky’s already great soundtrack is improved upon, the writing (even with a bit of shameless fanservice) is excellent, the cast is amazing, and the setting only continues to get more interesting the more it’s expanded upon.  Trails is in my (correct) opinion one of the best RPGs and on a level that all games should strive to reach. If you are a fan of RPGs or deep story rich games I highly recommend you to check out this criminally underrated series. All three games in the Sky trilogy can be found on steam and go on sale quite often so check it out.

PUBG, like several of my other favorites of 2017, released late in the year. PUBG is a battle royale game that has been playable on PC for the past year. Millions of players have purchased copies on PC alone in a short time, and within 48 hours of launch of the Xbox One the game had sold over a million copies. The premise of battle royale games is survival. In PUBG, 100 players are dropped onto an island where they must loot weapons, ammo, attachments, armor, and medical supplies. After the five minute looting period, during which players are able to fight each other, a blue force field appears that pushes players into a “circle”. This circle is the safe zone from damage from the blue force field that increases in speed and damage as the game progresses and the safe “circle” shrinks. The game ends when one player is left alive, or when one duo or squad is left alive, as there are 3 possible modes to play in. The gameplay is uniquely challenging. The game focuses on hyper realistic gunplay, forcing players to choose their weapons based on the tactical advantages they provide. If you are interested in realistic and frustratingly difficult games, then PlayerUnknown’s Battleground is a game you have to check out in 2018. 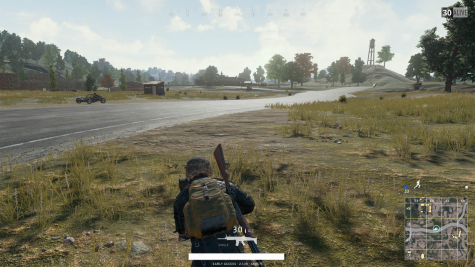 Even though this game came out in November of 2017, I had plenty of time to enjoy the most recent installment in the Call of Duty franchise. WW2 is by no means perfect, however, its addictive gameplay makes it difficult to stop playing. Like Battlefield, WW2 introduced a new game mode that I have enjoyed far more than many of the mainstays of the franchise. War, a mode that focuses on objectives and teamplay, provides a different style than Call of Duty usually offers. Fast paced action is the staple of Call of Duty games, and WW2 is no exception. 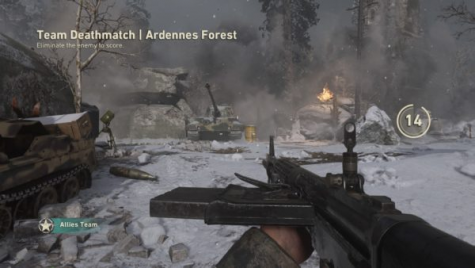 Hearts of Iron 4 did not release in 2017, however much of the content that made the game so good came in the form of 2017 DLC. Hearts of Iron 4 is the most recent installment in the critically acclaimed Hearts of Iron series developed over the past 20 or so years by Paradox Interactive. It is a grand strategy game set during World War II, and has a start date of January 1, 1936. Players are able to choose literally every single country that existed during the time period, allowing players to fully rewrite history. The game features an immense technology tree, and also has a national focus tree that provides benefits to the nation you are playing, while at the same time allowing you to dictate the path your country takes regardless of whether or not your decisions are historically accurate. The game allows you to design your division templates to improve their effectiveness in various types of combat, such as hilly, urban, and flat environments. Perhaps the best part about HOI4 is its compatibility with the modding community. The steam workshop contains hundreds, if not thousands, of mods that alter the experience of the game. For example, the fan favorite mod Kaiserreich imagines a world in which Germany won the First Weltkrieg (as the mod calls it). Kaiserreich is possibly more in depth and immersive than the game itself, and has been created for several Paradox grand strategy games over the past 20 years. Hearts of Iron 4 was the game I played the most in 2017, and I will continue to play it throughout 2018 with the promise of DLC and updates keeping the game’s future looking bright. 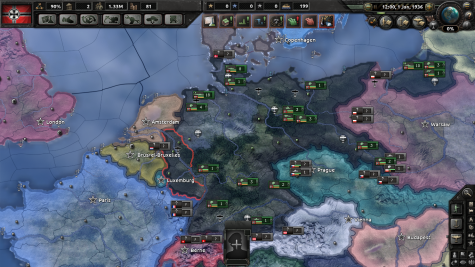 Battlefield has been one of my favorite game franchises since I was in preschool, and Battlefield 1 was my favorite game of the year. I played BF1 consistently from launch at the end of 2016 throughout all of its DLC releases in 2017. The game features stunning, realistic graphics and extremely satisfying gameplay that makes the game nearly impossible to put down. The game is at its best when playing with a squad of your friends to ensure your team’s victory. BF1’s best feature came with the introduction of the Operations game mode. Operations focus on historical campaigns and battles in World War 1, allowing players to experience the brutality of warfare. Combine Operations with classic Battlefield game modes like Conquest and you get one of the best installments in the franchise as well as one of the best games of the year. 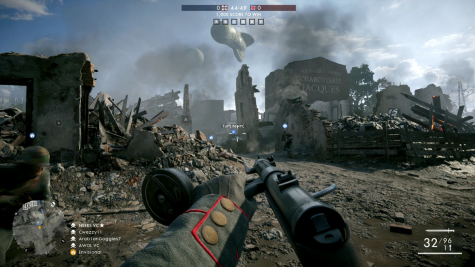