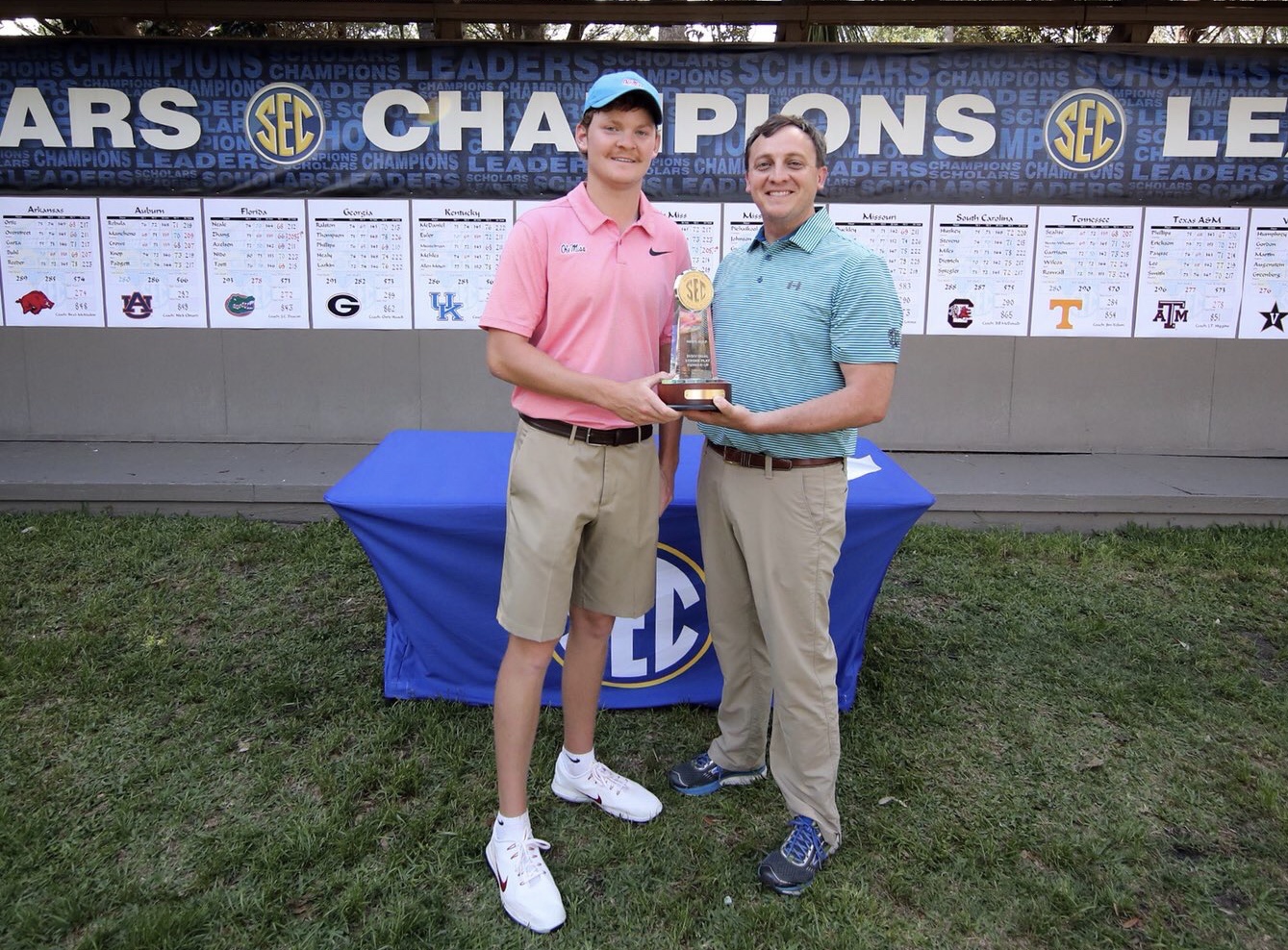 The final round of stroke play concluded today at the 2018 SEC Men’s Golf Championship held at Sea Island Course – St. Simons Island, GA. Out of 70 players from across the conference, a Prep alumnus rose above the pack. Cecil Wegener, class of 2017, is a true-freshman at Ole Miss who is currently on the 5 man roster. His teammates recently nicknamed him “Lil Precious,” but his game and mentality were far from little, or precious. In his SEC championship debut, he fired a 70 (E), 65 (-5), and another 70. He had a dominant attitude and constantly made huge shots to keep himself in the hunt.

After the second day, he was alone on top of the leaderboard which is an impressive accomplishment in itself. Cecil suffered a few unfortunate bogeys, but consecutive birdies on the first string of holes gave him some cushion during the final round. He finished in first place walking into the clubhouse, but his lead was not entirely secure. Adam Zhang, a second year sophomore from Florida, tied Cecil’s (-5) during the closing holes. In normal championship golf fashion, a playoff hole was used to break the tie. Both players headed back to the 18th hole where Cecil striped his tee shot down the middle. Sadly, he would leave his approach approximately 15 ft. below the hole, but fortunately, his opponent also was well away from the flagstick. Both players two-puted from there, giving way to another playoff hole. Zhang would have 25 feet after his approach shot, and Cecil left his shot green-side left. Cecil hit a lofty pitch that almost went in, but slid right past leaving him 7 feet for par. Zhang would tap in for par so the pressure was on Cecil to push another playoff hole. With ice in his veins, he drilled the putt in order to push another playoff hole, but now at the 17th par-3. Zhang made his putt for par at the par-3, and the pressure was on Cecil once again. Sadly, Zhang secured the championship after Cecil’s par putt lipped out.

Cecil Wegener fell short this time, but his weekend is not over. Ole Miss used Cecil’s -5 to secure their spot in the match play quarterfinals this weekend. Once again, a Jackson Prep alumni is accelling at the collegiate level, and it will be an honor to watch him and his graduating classmates (Blair Stockett, MSU, and Charlie Miller, Ole Miss) continue their success at the next level.