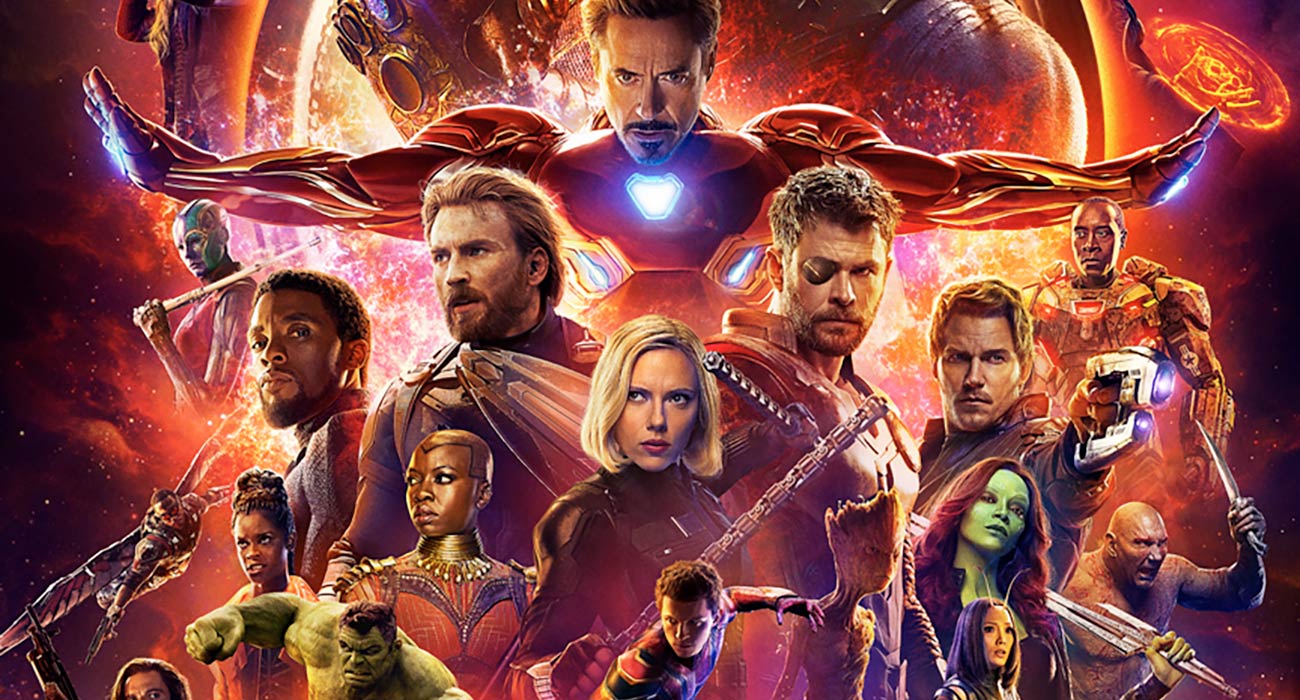 Dubbed as the “most ambitious crossover event in history,” Marvel’s Avengers:  Infinity War was released in theaters April 26. Infinity War is the nineteenth movie in the MCU, or Marvel Cinematic Universe.

The MCU includes many of our favorite heroes such as Iron Man, Captain America, the Incredible Hulk, Guardians of the Galaxy, and others, but does not include other Marvel franchises such as Deadpool, the X-Men, or the Fantastic 4. The MCU also contains several television shows focusing on more minor characters, but the shows are not necessary to understand the MCU as a whole as far as watching the movies go.

In many ways, the MCU is like one gigantic Netflix series, with each new movie adding on and in many ways responding to events in previous movies. While many movies focus on only one or a group of characters, other movies, particularly Avengers, Avengers:  Age of Ultron, and Captain America:  Civil War, bring together several in one film.

Since the beginning of the MCU in 2008 with its first film, Iron Man, Marvel has been building up to Infinity War, a film with a villain and threat, the big and purple Titan named Thanos, so great that it would bring together all the heroes from all of the movies to stop him. In many ways, Infinity War is supposed to mark a culmination of the MCU’s work so far. Marvel has even teased its audience in its notorious post-credit scenes in both of the first two Avengers movies of this greater threat, the first showing a report being given to Thanos after the Battle of New York and the second having Thanos declare, “Fine, I’ll do it myself,” after Ultron’s failure to destroy humanity.

While you will not be completely lost if you go see Infinity War without having seen other Marvel movies (there’s a great 15-minute YouTube video that summarizes the MCU and explains the premise of the movie), I would recommend watching as many of the previous 18 movies as you can before going to see it, as you’ll have a much better understanding of the events leading up to and during Infinity War. 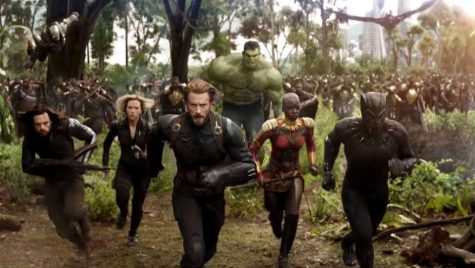 The basis for Infinity War is that Thanos is seeking after the six Infinity Stones, each of which was formed at the beginning of the universe and controls an essential aspect of existence:  Space, Power, Reality, Mind, Time, and Soul. Having just one Infinity Stone gives its owner extraordinary power, but Thanos wants all six to accomplish what he views is the only way for life in the universe to survive:  to bring it “balance” by destroying half of all life to ensure that those remaining will all have access to the limited resources available. The Infinity Stones are scattered in various places across the universe, three being in the hands of Avengers (the Space stone with Thor and the Asgardians, the Time stone with Doctor Strange, and the Mind Stone in the head of Vision), and all except the mysterious Soul stone have been discussed in previous MCU films.

Infinity War is different from any other movie in the MCU. The film gets right to the point, picking up immediately at where the post-credits scene of Thor: Ragnarok left off, emphasizing right away to the audience that this will not be a typical villain that the Avengers will be able to defeat based on might alone. We know this time something is different; the stakes this time are bigger than they have ever been.

I thought that the direction and writing of Joe and Anthony Russo were spectacular. The way in which they handled having to put the story-arcs of so many characters into one movie was about as well as I think they could have done without turning out a five-hour film.

What was most interesting and impressive to me was how this movie in many ways is told from the perspective of Thanos:  he receives more screentime than any of the heroes. To me, Thanos is the best villain in any superhero movie besides The Dark Knight’s Joker.

What makes Thanos so interesting is that he so desperately believes that what he is doing is right even though it is so wrong. He isn’t killing for the sake of killing; he thinks what he is doing is necessary for life in the universe to survive. The Russo brothers also dive into the emotions of Thanos, particularly the relationship between him and his adopted daughter, Gamora, who is a member of the Guardians of the Galaxy. One scene, the second-most emotional of the entire movie that if I were trying to spoil the movie I would discuss, shows this relationship and the strangely complex emotions of Thanos in a heart-wrenching way.

In addition to the direction and writing, the large ensemble cast excelled in this film. My personal three favorite performances were Dave Bautista as Drax, Chris Hemsworth as Thor, and Chris Pratt as Star-Lord. I loved Bautista’s performance, as Drax’s humor and constant need to defend his masculinity and seek revenge on Thanos provides great comedic relief in what in many ways is a dark, desolate film. Hemsworth continued his progression in what I saw in Ragnarok, using both his comedic instincts and imposing physique perfectly in this new version of Thor that we have seen. Pratt just did what he does, which is almost always extraordinary. He shows both his funny side and serious side in this film. My next tier would be Benedict Cumberbatch as Doctor Strange (he and Robert Downey, Jr as Iron Man compliment each other perfectly), Tom Holland as Spider-Man, and Elizabeth Olsen as Wanda Maximoff, but the entire cast I thought turned out noteworthy performances.

The film is not without its criticisms, however. I was left wanting more screentime of some characters (although, as I mentioned above, this really might not have been realistic), especially Captain America. Additionally, I thought there were times where certain powers of the Infinity Stones could have been used by the heroes when they weren’t (This could be part of Doctor Strange’s grand plan, though. You’ll understand more once you watch the film.). And thirdly, with the exception of the post-credits scene and one other scene in New York at the beginning of the film, the stakes seem like they are only having an impact on the Avengers. We don’t get a glimpse that this is actually a potential apocalyptic-like scenario; we don’t see any other average person realizing the gravity of this situation.

As I said earlier, Infinity War in many ways is a dark and desolate film. If you’re going to the movies to be uplifted, this is not that film. It takes its audience on an emotional roller coaster.

What makes the film is the ending. I promise you it is unlike anything you have ever seen. My jaw was to the floor for about the last 15 or 20 minutes of the movie. When the final scene ended and the screen turned black before the credits rolled, the theater was dead silent in disbelief. The post-credits scene also provided an unexpected hint for next year’s Avengers movie and will likely create countless fan theories.

If you have not gone to see this movie, I give it the highest recommendation possible. I honestly consider it one of the best movies I have ever seen and will likely be back to see it again before it goes out of theaters.