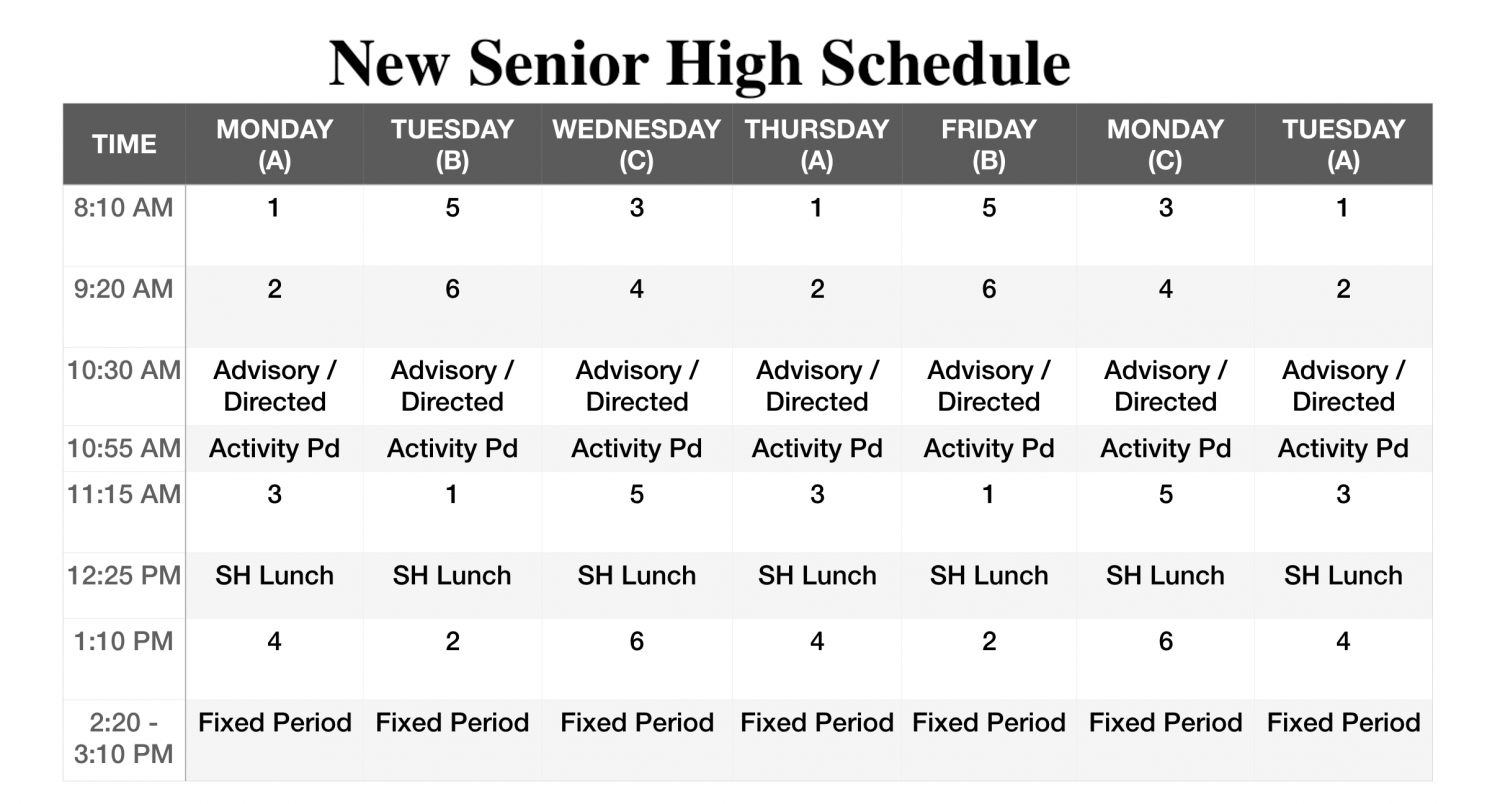 This past spring, Jackson Prep announced that it would be introducing new schedules for both the junior and senior high in the upcoming school year. The junior high schedule’s structure is mostly similar to last year’s:  each student goes to all of his or her classes every day. (See story, page 4)
The senior high, however, changed the structure of its schedule significantly, moving from a traditional schedule to a block schedule while also adding an extra elective class, giving each student seven classes instead of six.

Many students in the senior high met the schedule changes with skepticism and were unenthusiastic about shifting from what they had grown accustomed to over the last several years. Many were worried about how the logistics of the new schedule were going to work out.

Now that we are over a month into school, it is time to take a look at what students’ initial reactions are to the new schedule and see how it is working out.

To get an understanding on what students’ thoughts about the new schedule are so far, I interviewed six students:  seniors AnnAdair Blackledge, Breelyn Davenport, Thomas Thornton, and Emison Geiger and juniors Sam Buchanan and Jake Lange.

While the opinions of these six individuals certainly do not represent the opinions of everyone in the high school, much of what they have said I have also heard in casual conversation with other people in the halls or during lunch and can still provide important insight on students’ thoughts about the new schedule.

1) What do you like about the new schedule? AnnAdair, Sam, Emison, and Breelyn all said that they liked how the new rotating schedule allowed them to space homework out and to get ahead on their schoolwork, giving them some more free time at night and making them feel less overwhelmed. Additionally, Breelyn said that since the classes were longer she felt like she was getting all of the information to do her homework, making it easier. Thomas and Jake both said that they liked how they don’t have to go to as many classes every day. Emison and Jake also added how the new schedule makes the day feel less monotonous, as not having the same routine every day adds some needed excitement to the day.

2) What don’t you like about the new schedule? If I have heard one major complaint from the general student body about the new schedule, it is that the new lunch format has made the cafeteria overcrowded. Some students who used to get the lunch at school every day have even begun to pack their lunches. Thomas and AnnAdair agree that this is their main problem with the new schedule. They are particularly worried with how it is going to work out on a day with heavy rain or in the winter when it begins to get really cold. Sam’s and Emison’s biggest complaint is the length of classes. Emison says that she is “thankful for the teachers that let us move around like midway through so we can stay alert.” Breelyn does not understand why there are no bells in between classes, saying it stresses her out having to wait for teachers to dismiss classes on their own. Jake thinks his teachers are giving more homework because of the longer classes and views previous years’ homework loads as better options.

3) If you could change one thing about the new schedule what would it be? I got a very diverse group of answers when I asked the six people I interviewed about what they would change. AnnAdair said that she would “fix the schedule to where seniors could leave right after the pep rallies on Fridays for lunch instead of having a class in between the pep rally and lunch.” Emison wants, although she is unsure exactly how this would be done, the schedule to be made more flexible and for more opportunities for students to take all the classes they want. She says that she wanted to take financial management and that some of her friends wanted to take AP classes but that they could not because they could not fit them into their schedules. I imagine that after the schedule has been in place for longer, the administration will have a better understanding of it and these problems and will be able to better schedule classes to work these problems out. Breelyn wishes to change what Thomas and AnnAdair said they did not like in the previous paragraph about how everyone in the senior high goes to lunch at the same time, saying that it is “way too crowded in the cafeteria.” Sam actually proposed to cut some time out of activity period and lunch, saying that it was unnecessary to have breaks for that long, and instead end the school day earlier. Thomas and Jake gave an idea for something that other schools have and has been mentioned several times before but has never been implemented:  have varsity athletes able to take their sport as their seventh carrier so practices can start earlier, allowing them to not get home so late every day.

4) Do you like the old schedule or new schedule better? We had a gender divide on the answers to this final question. AnnAdair, Breelyn, and Emison all prefer the new schedule over the old one. Breelyn said it is because “homework is spaced out better and in class we do a lot more fun activities.” She also liked how we do not have to go to every class every day. Emison’s reason is because the “days aren’t so mundane.” Thomas said that he would rate the schedules about the same right now, while Jake and Sam said that while they were inclined to say the old one, the new schedule is growing on them.

Now that I have given their answers, I would like to share my personal thoughts on the new schedule. My personal favorite part of the new schedule goes along with what AnnAdair, Sam, Emison, and Breelyn said:  more time to do homework. Many times the last two years in high school, I have felt overwhelmed by all that I have had to do in one night. Particularly for students who take several AP or honors classes, I think not having to do homework for every subject every night is a much needed change. 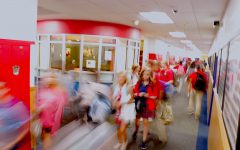 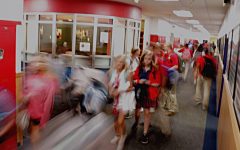 My biggest problem with the new schedule would also have to be with the new lunch. While it has improved from the very beginning of school, the cafeteria is still too crowded, and I honestly think the lunch period is too long. If cutting it down meant that school ended 15 minutes earlier, I would be all for it.

If I could change one thing about the new schedule, it would be what Thomas and Jake said:  letting athletes have the last period of their day to practice sports, especially now that school ends ten minutes later. As of right now, we are getting done with football practice past 6:00 most days, meaning that I am not able to get started on homework until even later, some nights leaving almost no free time. If we were able to have sports as our seventh carrier like other schools do, we could get home earlier and have more time.

When comparing the new schedule to the old schedule, I strongly prefer the new one. I, like many in my grade, was not excited about having a new schedule for only my senior year. However, the rotation and spacing out of classes has made the homework load easier and has made the routine of going to class less monotonous. Overall, I view the implementation of this new schedule as a success.