The infamous coronavirus as rendered by graphics editor Alex Roberson

The world has undergone a number of radical changes over the last few weeks. As part of the effort to combat COVID-19, people have been encouraged to practice self-distancing to prevent further spread of the virus. Without a way to continue athletic events while minimizing risk for both athletes and fans, sporting events in the United States and around the world have been canceled.

The now dormant sports landscape has left a gaping void in the lives of many. Normally, spring serves as a crossroads for sports. Right now, fans would be buzzing over March Madness brackets, overpaying for hotels at the Masters, and predicting right-field showers in Oxford.

In Flowood, the athletic facilities would be at the height of their use as the Patriots seek out another All-Sports trophy. The new reality of life during the coronavirus pandemic has proven to be anything but standard. So, here is a quick update to catch you up on what is being planned for the 2020 spring season and how Prep athletes are dealing with the hiatus.

Stagnantly standing with a record of 12-4, the talented Patriot baseball team has worked their way through a tough out-of-conference schedule relatively unscathed. Before their season was rerouted, the team was riding a seven-game winning streak after an undefeated road trip to the Gulf Coast.

Now, the players find themselves in limbo with plans for the season and conditioning. Many baseball players are continuing to throw and hit despite their strange situation, maintaining the arm health and fundamentals needed for a normal baseball season. Their work will continue as players and coaches hope to be back on the diamond after clearance from the MAIS.

When asked about his precarious senior year of baseball by WAPT, Reed Kellum says, “I’m trying to stay optimistic through all this. The hope is definitely still there.” Unfortunately, conditioning and hope are all that still connect the Jackson Prep baseball team to their promising season.

Coach Kevin Robichaux and his golf team had barely begun their schedule when their season was put on hold. Having only competed in the Icebreaker Tournament at the Hattiesburg Country club, the team was still in the preparation stages for the long season ahead.

After claiming fifth place in Hattiesburg, the Patriots find themself in a situation similar to the baseball team. The MAIS made no exception for golf programs despite its differences with other sports. With golf tournaments being held on spacious courses, practicing social distancing would not be difficult for players or fans. For now, players will continue to groove their swings on courses across the metro area.

Tennis and track and field, rounding out Prep’s spring sports programs, are experiencing much of the same. Although tennis has played in two preseason tournaments and an exhibition versus Northwest Rankin, track and field athletes have yet to begin their season. In both cases, athletes have been encouraged to continue their training as best they can. Hope remains for a seasonal extension into May or even June, possibly including a conference tournament or meet. 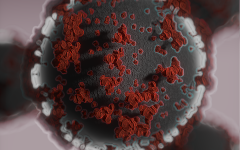 Latest coronavirus/COVID-19 Coverage from The Sentry

For now, the athletic facilities will remain vacant. But, rest assured, sports will find their way back into Mississippi’s spring air as the viral threat diminishes.