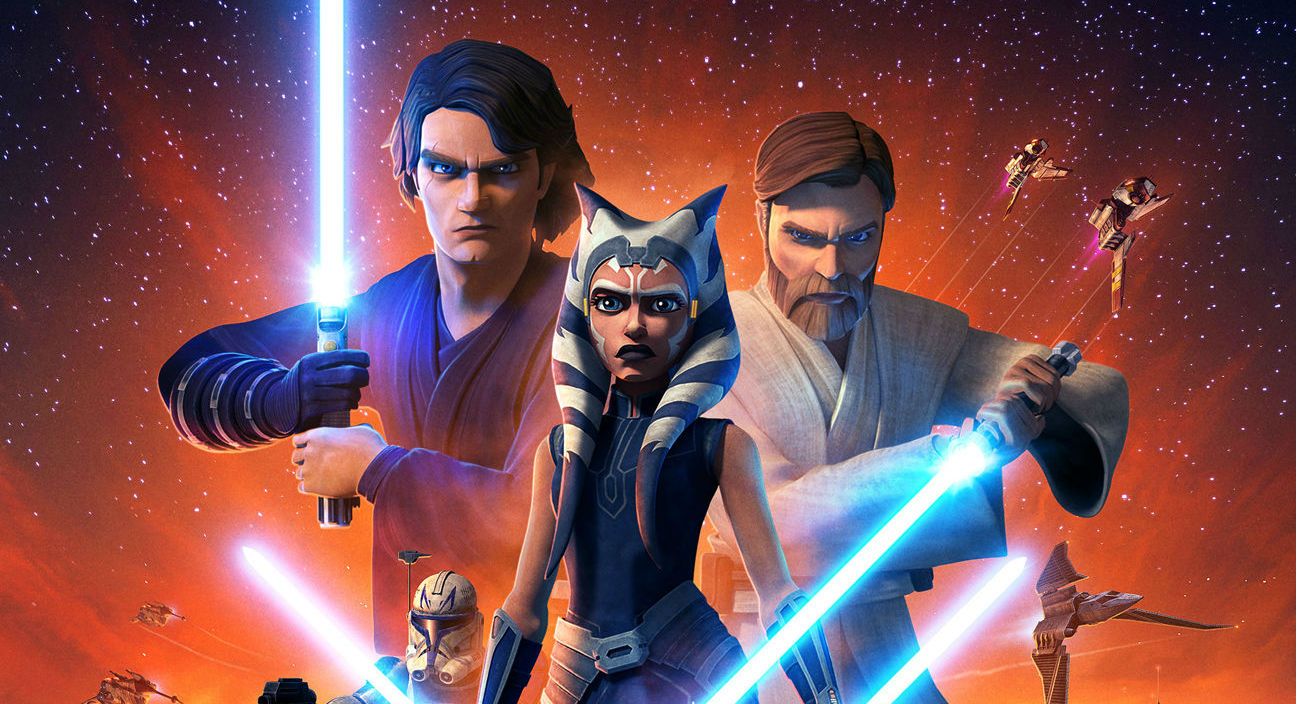 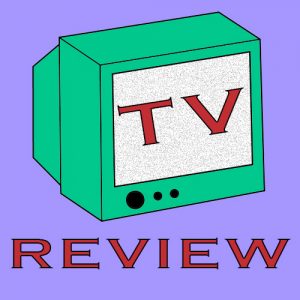 In 2008, Star Wars: The Clone Wars, George Lucas’ last Star Wars piece, began airing on Cartoon Network. With Dave Filoni as supervising director, the series, meant to bridge the gap between Attack of the Clones and Revenge of the Sith, immediately took off and became one of Cartoon Network’s most popular shows. From 2008 to 2013, The Clone Wars series aired on Fridays, bringing the Clone Wars time period to life.

The series featured old characters such as Anakin Skywalker, Obi-Wan Kenobi, Padmé Amidala, the beloved R2-D2 and C-3PO, and the despised Jar Jar Binks (don’t let Jar Jar ruin the show for you, as he is only in 13 of the 133 episodes). It featured new characters such as Jedi Padawan Ahsoka Tano and Clone Captain Rex, as well as characters seen only briefly in the movies, such as Clone Commander Cody. Each episode developed both old and new characters alike, filling in the plot holes brought about in the Star Wars prequels. In 2014, after airing for 5 seasons, The Clone Wars made the jump to Netflix with season 6, titled The Lost Missions, which ended the series for good…or so everyone thought.

In 2019, it was announced that a season 7 would be produced and premiered on Disney’s new streaming service, Disney+. Fans of the show rejoiced and counted down the days until the return of their beloved television series. Each episode was to be released weekly from February 21st to May 4th, appropriately ending on Star Wars day.

This season was meant to finally put to bed the final battles of the Clone Wars and connect the series to Revenge of the Sith. I would definitely recommend watching all 7 seasons of the Clone Wars series as they add more to the prequel stories and, overall, make the prequels more enjoyable and meaningful.

Now on to my season 7 spoiler review. Stop reading now if you don’t want the season ruined for you.

Season 7 can be split into 3 arcs (sections), each containing four episodes.

The season started out strong with its first arc. These 4 episodes mainly focused on the clones and showed how important they were to winning the war for the Republic and just how much the Jedi had to trust them with their lives. The episodes start with a brief overview of the Battle of Anaxes. Anaxes is the main shipbuilding planet of the Republic and, therefore, very important to maintain for a Republic victory in the war. Jedi master Mace Windu and Jedi general Anakin Skywalker are struggling to defend the planet, as it seems that the Separatists know their every move before they are made. Clones Commander Cody and Captain Rex decide to take a clone unit into the backline to discover how the Separatists are doing this. This unit is called “The Bad Batch”, a unit of clones with genetic mutations such as heightened strength or intelligence. Their mission is a success and they learn that clone trooper Echo was alive and his knowledge of Captain Rex’s battle strategies was being used to help the Separatists win. Echo was a clone introduced in the beginning of The Clone Wars and his hero’s journey was abruptly ended when he was seemingly blown up on a mission to rescue a Jedi. Rex and the Bad Batch help Echo escape and use him to the Republic’s advantage, winning the Battle of Anaxes. This arc was excellent because it brought back a fan favorite, Echo, and introduced the unique Bad Batch. The inclusion of Cody and Rex, two clones featured in most of the Clone Wars, added to the nostalgic feeling that comes with 6 years of no new episodes. Compared to other arcs throughout all 7 seasons, it is definitely one of the best.

The second arc was not so great and I would even say that it is the worst in all of the series. The goal of these episodes was to reintroduce former Padawan learner Ahsoka Tano and it did that, but that was about all they did, and barely did that well. The arc introduced two new characters, Rafa and Trace Martez, by having Ahsoka crash land on their repair shop dock. Trace’s stupidity leads to Ahsoka having to save their lives from a rogue droid. Then Rafa gets a job with criminals and Trace screws up again, forcing Ahsoka to get them out of trouble. Trace seemingly becomes another Jar Jar Binks. Without a doubt, this arc could have been done in 2 episodes, but it was drawn out to 4 episodes, with the third episode not advancing the plot. At the very end of the last episode, Mandalorian Bo Katan sees Ahsoka taking down the Pyke crime lord, and she decides to enlist Ahsoka’s help for taking down rogue Sith lord Darth Maul. I definitely did not enjoy these episodes and was bored throughout them, but at least it brought back Ahsoka and set up for the best arc of The Clone Wars.

The third arc is the best arc of the entire series. It connects The Clone Wars to The Revenge of the Sith, and it is done beautifully with lots of emotion. The first episode begins with General Kenobi and Commander Cody struggling to take down a legion of droids, but Anakin shows up with a wild plan. He fakes a surrender to draw out the enemy droid leader, takes him out, and has Captain Rex and company flank the droid army, winning the battle. After the battle, Anakin and Obi-Wan are contacted by Bo Katan and Ahsoka. Anakin is excited to see Ahsoka again and when Ahsoka arrives, a heartfelt reunion ensues with Anakin returning Ahsoka’s lightsabers to her and the clones painting their helmets orange in honor of Ahsoka. After a meeting with the Jedi council, it is agreed that Captain Rex, now promoted to Commander Rex, and Ahsoka, with the help of a group of clones, can help Bo Katan take back Mandalore and bring down Maul. Mandalore gets taken back, but Maul runs free until Ahsoka duels him.

This part of the arc is hard to watch. Maul warns Ahsoka of who Darth Sidious is and that Anakin will turn to the dark side. Ahsoka, believing in the absolute goodness of her friend, mentor, and brother, accuses Maul of lying and refuses to help Maul take down Darth Sidious and Anakin. The viewer knows Maul is right, but also knows that Ahsoka has no reason to doubt Anakin, making it hard to watch as Ahsoka, unbeknownst to her, refuses to save the galaxy in that instance. These episodes make Maul out to be a fantastic villain because what he does makes sense and does not have an obvious flaw in his reasoning that would make it easy to root against him. Ahsoka takes down Maul and loads him up on a ship headed for the Jedi temple. Ahsoka refuses to report to the Jedi council about what Maul told her, again trusting in the goodness of Anakin.

On the way to Coruscant, the heart of the Republic, Order 66 is executed, putting Ahsoka in a difficult position because killing the clones would be killing her friends. Rex resists the order long enough to tell Ahsoka about the chips in the clones’ heads forcing them to kill Jedi. Ahsoka frees Maul so he can be a distraction, leading to one of the coolest scenes in Clone Wars as Maul, without a weapon, takes down loads of clones and the entire ship, which begins to plummet into a planet. Ahsoka then captures Rex and uses her astromech friends to take out the chip in Rex. Together, Ahsoka and Rex are forced to fight their way out, but before they can get on the last transport ship, Maul steals the ship, leaving Ahsoka and Rex without an escape. With the ship about to blow up from impact, Ahsoka and Rex find a ship under maintenance with enough juice in it to escape, leaving the turned clones to die upon the ship’s impact.

The final episode then cuts to Ahsoka burying her friends, the clones. Anakin, now Darth Vader, arrives at the crashed ship later to look for Ahsoka. He finds her lightsaber that she left there and ignites it.

The season ending was painful as I want more, but I know that I shouldn’t because there is no need for more. The Clone Wars series completed its goal of telling the tales of a galaxy at war, of the Jedi, of the clones, and becoming one of the best pieces of Star Wars that there is.