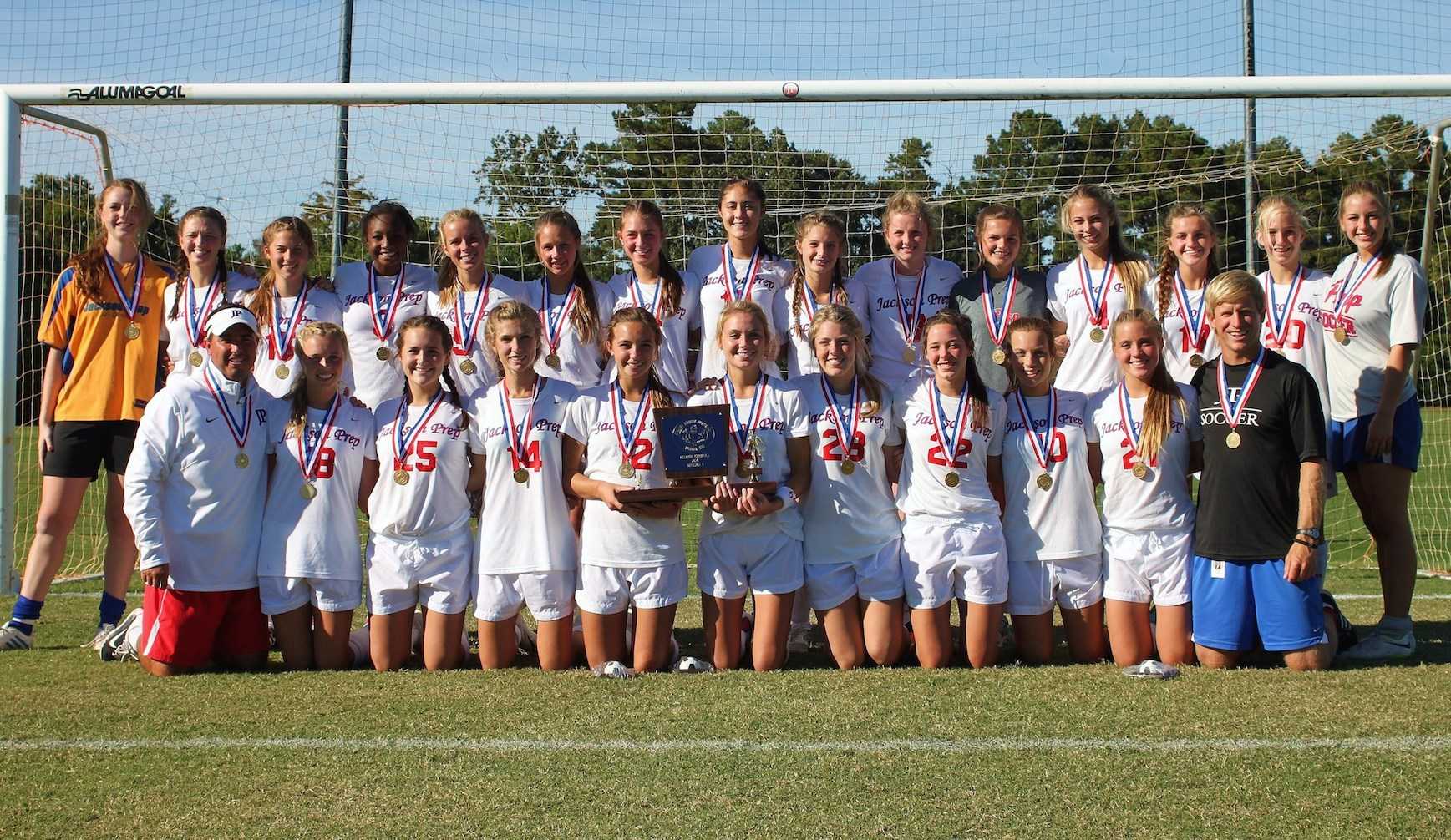 Lady Patriots Soccer Team are Back to Back Champions

The Lady Patriots soccer team capped off a phenomenal year by winning the State Championship for the second year in a row. The team broke the record of most wins in a season at Prep with a record of 20 wins.

The team beat Starkville Academy and Presbyterian Christian School in the playoffs on their journey to the championship game. The Prep soccer team was number one in their division and got to host all three final games.

Beth Graeber, a junior, was a key player for this team; she controlled the whole game in the mid-field. Addison Hughes, who is a sophomore, was another key underclassman who let nothing by her in the backfield. Tenth graders like Anne Rivers Mounger and London Miskelly contributed on the offensive side.

This team had a stout starting line-up and strong substitutes to contribute to keep the momentum on point. Senior leaders on this team were Mary Claire Burge, Caroline Hannon, Maley Lawrence, and Carson Easterling.

Coach Duncan said that their encouragement and overall positive attitude really helped this team throughout the year. Duncan said he was most proud of how the team responded after the loss at Lamar earlier in the season. He said the turning point in the season was the success the team had on their second Memphis trip where the Lady Patriots dominated every team they faced.

The Lady Patriots soccer team finished the season with a victory in the championship game against Madison Ridgeland Academy in double over time and a shoot out. Mckenzie Robinson, a junior and the goal-keeper, suffered from a concussion during the season and came back stronger than ever, saving the goal for the team to win the game.

This was a very important win for the soccer team because they lost to MRA two years ago in the championship game and did not get to play them again till this year.

All five seniors got to play in the MAIS all star game, and defeated the North division, 4-2. Addison Hughes, Maley Lawerence, Beth Greaber, Maddie Harris, and Caroline Hannon got All-Conference awards.