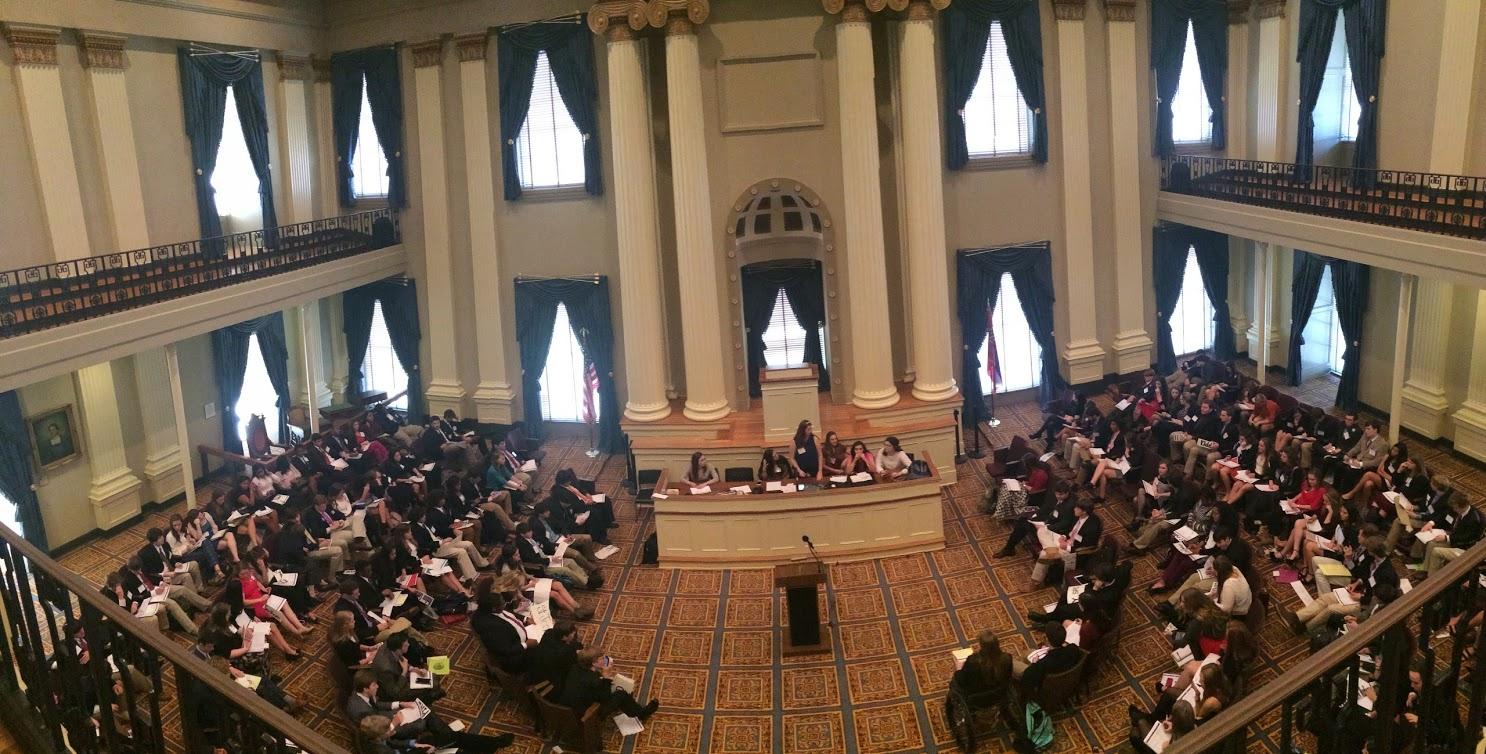 This year, Jackson Prep took a group of 31 students to the Youth Legislature convention in downtown Jackson.  Prep has been attending for quite some time and each year student interest has grown for Youth Leg. 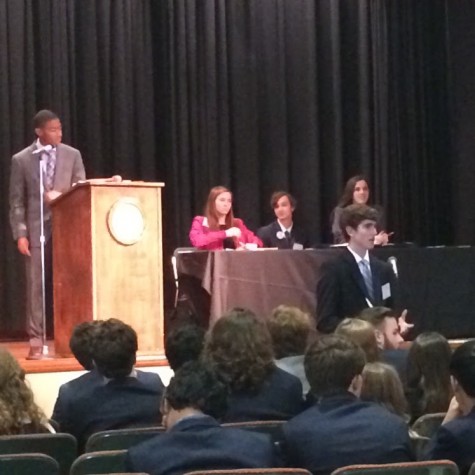 Students sign up at the beginning of the year and have meetings with the sponsors, Mr. Hughes, Mr. Upchurch, and Mrs. Scruggs, after school.  They research potential topics for legislation and then write bills. Prep students wrote eleven different bills.

This year’s convention was November 11-14th at the Old Capitol Museum in the War Memorial Auditorium. Students stayed at the Marriott downtown from Wednesday afternoon to Saturday morning.  This was the biggest post-Katrina convention that they have held  and hundreds of students from across the state were in attendance.

Youth Legislature mirrors the processes of the Mississippi Legislature and gives students a better understanding of how our state government passes bills.  Next year William Leech will be the Senate Majority Leader and Easton Sheffield will serve as House Majority Leader.

This year’s Youth Legislature was a success, and next year’s is anticipated to be even better.