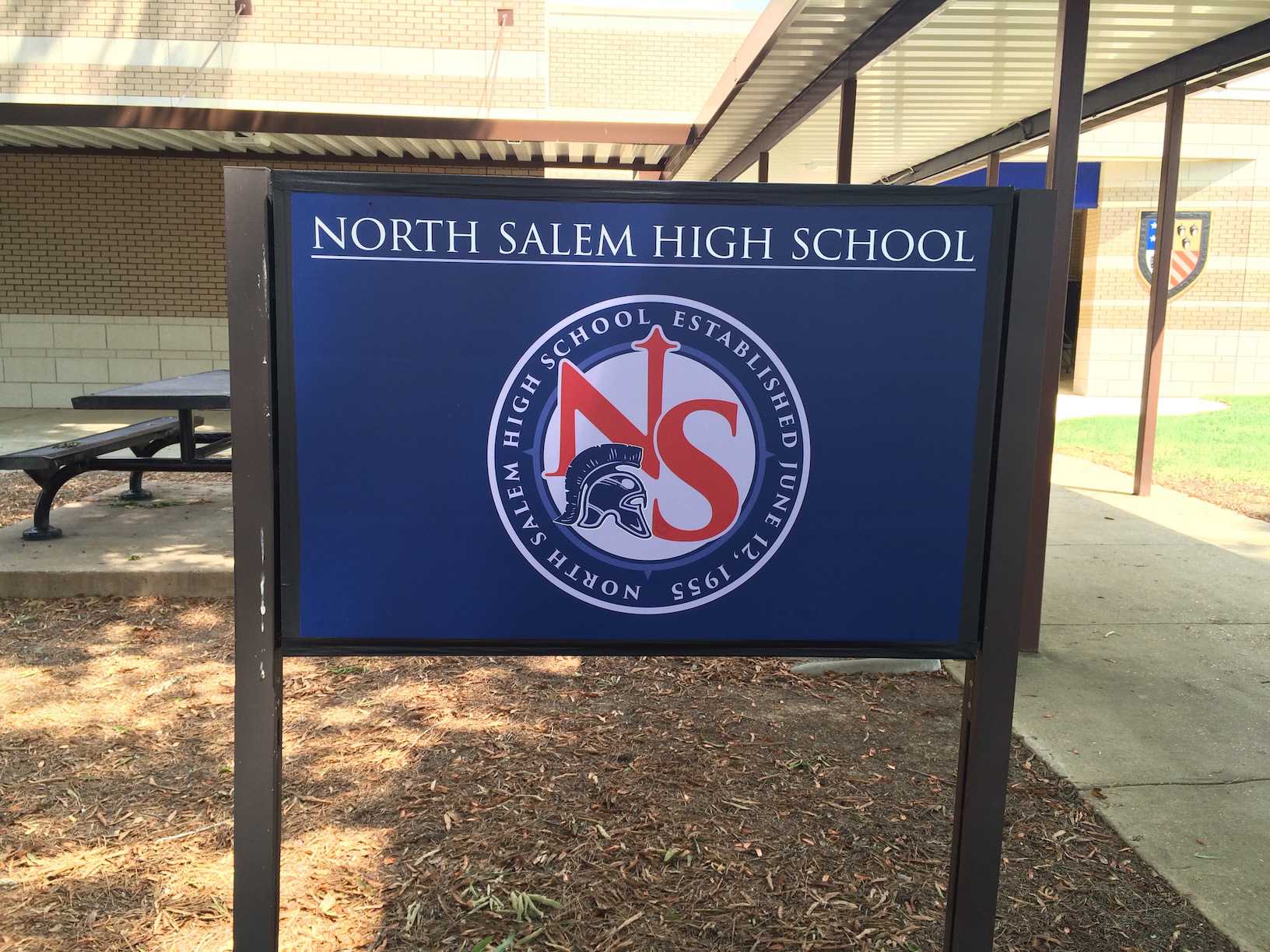 New and exciting things have been happening throughout the summer on the Jackson Prep campus. From construction to practices, it seemed that something was always going on around the school.

Probably the most unusual project, though, was the filming of the feature motion picture Speech & Debate (click for IMDB link). Famous actors, set workers, and the production team were on campus at all hours of the day working to transform our campus from Jackson Prep to the fictional Oregon school North Salem High.

Many hallways were stripped of Patriot signs, and North Salem had taken over. The McRae building became a hospital, the senior high building was North Salem High, and Fortenberry Theater served as North Salem’s auditorium and public meeting area. 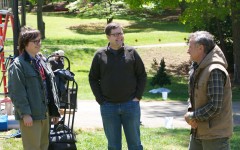 Jackson Prep alumnus Tom Rice (Class of 1992), serves as the film’s producer. This is Rice’s second time in two years to bring a film to his hometown. Last year, a number of members of the Prep community were involved with Rice’s production of The Hollars. This time, with the the high school setting of Speech & Debate, he was able to bring it to a place very dear to his heart, Jackson Prep.

Rice’s Sycamore Pictures is producing the movie, which is directed by Dan Harris. Harris is known for his work in co-writing installments of the X-Men movie series, as well as Superman Returns.

When Harris came onto the campus, he was amazed by the hospitality of Jackson and the school staff as well as the facilities.

Most of the filming took place on Prep’s campus because of all the variations in architecture.  Harris said that they are able to treat the different areas of campus as completely different locations. The differences in the McRae building, Senior High, and the Guyton Center helped him create three different setting all within a small area. This helped make production easy for the crew, saving time and energy.

Rice was very excited about the movie’s cast. It stars Liam James, perhaps best known from the TV series Psych, Sarah Steele from numerous Broadway productions as well as movies like Spanglish, and Austin McKenzie from Broadway. James also starred in the Tom Rice-produced film The Way Way Back.

Just like Harris, James was amazed by the hospitality of the Jackson community, and said he could not get over how amazing the food is. When James saw the Fortenberry Theater for the first time he said, “I was blown away by it! It’s so nice.”

Based on an award-winning play of the same name, Speech & Debate features James, Steele, and McKenzie as three outcast students who have nothing in common except that their parents being on the school board, and each wanting their voice to be heard.  They have to learn how to work together and understand each others differences to become friends.  Kids will be able to relate with the characters through their struggles or characteristics that will allow them to enjoy the movie.

Other Prep students and recent alumni were able to play a role on the film. Numerous students were able to be extras. Ashley O’Mara, Martha Rayner, and Anna Wise played dancers from North Salem High School. Others portrayed students in the hallways and classrooms. Rising junior Gregor Patti attained a speaking role, which was a huge honor.

Nathan Brown, a 2014 Prep graduate who worked on the crew as Locations Production Assistant.  This task kept Brown and the crew up until all hours of the morning to make the movie happen. Brown said that it has been a great experience. “It was really cool to see the school be used in so many unique ways,” he said. “I think we ended up using the campus for six completely different locations by the end of the movie.” And, added Brown wryly, “I’ve never been on time to Prep so many times in a row.”

“Working on Speech & Debate greatly increased my respect for the film industry. I was able to see first hand how much time and attention to detail goes into a motion picture,” said rising senior Rebecca Sistrunk, who was a production Production Intern .

Filming wrapped up on August 16th, as Prep began to get ready for the new year and Speech & Debate headed into post-production. For the many Prep students and Jackson-area residents who served as assistants and extras in the movie, excitement as sure to build as they wait to see themselves on the silver screen.

-additional material for this story provided by Chatham Kennedy